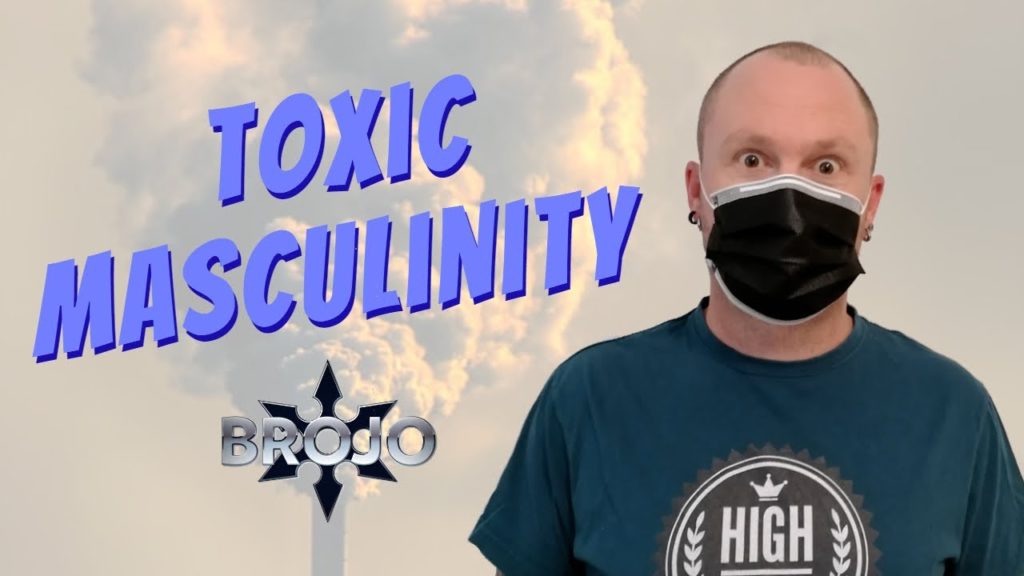 Why the term “Toxic Masculinity” hurts us all

The term “toxic masculinity” was original devised by a men’s advocate group to describe the way men are raised with a skewed, macho, harmful version of what it means to be a man. However, as a term toxic masculinity has since come to basically mean that it’s bad to be masculine in any way. In this podcast we aim to answer two questions: 1) What does “toxic masculinity” mean? What’s the definition? 2) Is this term helpful, healthy, and worth using? Let’s find out…

now what it implies is that guy going to talk to that girl is harmful well if you’re like me and you’re a guy who’s experimented with going to talk to girls and being open and honest with them and bold but also respectful you’ll know that at least 50 percent of the time the reaction is something along the lines of this made my day better and the rest of the time it’s either neutral at a very small percent of time you get a bad reaction i want you to think about if you’re just walking along the street someone comes up to you and says look i just noticed you from across the thing i don’t want to make you feel uncomfortable or anything but i think you’re absolutely gorgeous and i wanted to say hi and just uh acknowledge you there if somebody came and said that to you are you like oh my god i’ve been raped no the ironic thing is i think most of the women who would complain about this kind of behavior have never had it happen to them in a healthy way they’ve had the classic like construction workers wolf whistling at them but that’s not what i’m talking about and that’s actually not what the guy in the ad looked like he was going to do i mean what’d they think he was going to do if his friend didn’t stop him go grab her ass probably not if that was a real guy who’s got the balls to go up and talk to a woman in broad daylight in front of millions of [ __ ] witnesses he’s probably going to be really confident and really nice to talk to right he’s not going to get himself like mob killed right imagine guys going in front of like all these spectators what would happen to that guy very bad things very few guys are actually willing to do that so a guy who’s likely to go up to a girl in the middle of daylight he’s probably done this before knows how to do it in a way that she’s going to enjoy just simple as that the ad also showed like a bunch of little boys bullying this other little boy the thing is what’s missing in that situation is the kid who’s been raised in a healthy masculine way who would protect that little boy instead he goes running to his mum in the ad i’ll tell you what mum’s not going to be able to do [ __ ] you know this is schoolyard justice adults can’t do anything about schoolyard justice okay if there’s bullies in school adults can’t do [ __ ] about it the best you can do is move the kid to a different school and hope he stops being a victim but odds are like no matter what if you tell if that mum goes to the principal like these kids are bullying my kid all she’s doing is painting a big target on that on her boy’s back the only thing that’s going to protect that kid is another kid in school probably a boy a masculine boy i saw it many times when i was a boy myself i didn’t see it enough unfortunately there were bullies a lot of bullies especially in my high school there were a lot of bullies or just food to criminals at that point uh but occasionally there’s the kids like hey that’s not cool stop it and you’d see this kid be like he’s got [ __ ] balls right he’d be standing up to someone twice the size and cut it out or he’d be a massive dude himself quite often you know i remember feeling quite protected by our top rugby players at our school we went to a party and one of them were there and some [ __ ] started they’d be like cut it out and everyone just felt all right sweet because these guys have built like 30 year old men you know and they’re only 17. if they weren’t there there would have been more violence not less right we were protected by masculinity we weren’t hurt by it the people who hurt us the bullies they weren’t masculine they were insecure about their masculinity right if they’d been truly masculine they wouldn’t have been insecure they wouldn’t have done shitty things to other people they wouldn’t have lashed out in that way