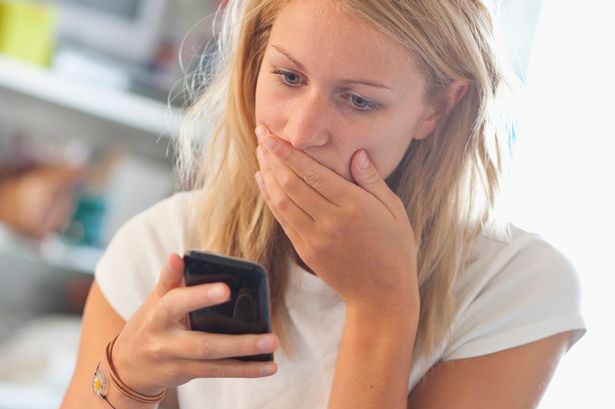 TL/DR: Communicating by phone or in person is infinitely superior to text/message based communication, which is dangerous to relationships because it leads to misunderstandings and conflicts even between people who are well connected.

I was a kid/pre-teen when technology was yet to make these massive leaps forward, and back then we only had two options if we wanted to contact someone who wasn’t in our immediate presence: phone call, or go to their house and hope they’re home.

These days I suspect making a phone call gives most people anxiety, and the idea of just wandering over to someone’s house uninvited is not even considered an option, but back then we thought nothing of it. We simply had to if we wanted to talk to people.

Even when cell phones were released to the general public, we couldn’t afford the calling plans and text messages were at least 20c each, so we still stuck to making calls using landline phones most of the time.

We didn’t realise then that this was a distinct advantage in the dating and relationship game.

Aside from the rare use of email, we had to at least use in-the-moment audible methods to converse with someone. We used to spend hours on the phone, especially when talking to our high school crushes and best friends.

And because of this, I believe, we had far fewer misunderstandings, misinterpretations, conflicts, and arguments, than the later generations who have moved towards primarily text-based communication for everything. These days, people even have ongoing text conversations with spouses who they share a house with!

How important is texting?

As a coach who specialises in helping Nice Guys connect with others in a more effective, attractive and confident manner, I often end up in conversations about dating and relationships.

And frequently, a client will relate a conversation that “didn’t go well” as if they were talking in-person to the other party, when in fact they’re referring to an exclusively written-message format of conversation. It’s only recently that I’ve realised that I always have to check with my clients how the conversation took place, and not assume it was a face to face or phone call.

Almost without exception, even with long-term couples, when they say that the conversation “didn’t go well” they’re referring to a text-message conflict that went back ‘n forth and escalated over time; a written conversation that went beyond simple transactional discussion (e.g. organising a time to meet) and into deep emotional issues.

Often, people are consumed by what was said and trying to interpret where it all went wrong, and they don’t think to ask a simple question:

“Is this conflict really just because we didn’t pick up the phone or meet in person?”

And the answer, in most cases, is Yes!

You’ll no doubt have noticed a few truths about online messaging and commenting on social media.

Firstly, people generally say much worse things to each other when protected by the distance of their phone or the internet than they would ever be bold enough to say face to face.

Secondly, things tend to get heated and escalate into conflict a lot quicker online than they do when groups debate something in person. When you observe people arguing online, you’ll often – as the outsider – see clearly that they are not “listening” to each other, and not interpreting each other accurately or fairly. It’s almost like they want to fight.

And thirdly, emojis just don’t cut it. A picture of a smiley face is not a valid replacement for the complex nuance of facial expressions or voice tonality, pitch and volume. We’ve reverted to hieroglyphics, and it seems that this has increased our dishonesty – how many times have you used the laughing face icon or written “lol” while your real face remains poker-level serious?

If you want to improve your communication skills, check out my Powerful Honesty course

Phone calling, at the very least, includes all the verbal elements of conversation that go beyond words. Studies tend to show that conversational meaning is mostly conveyed by body language and verbal sound cues, sometimes up to 90% of communication is beyond words.

So you can imagine how much is lost in written communication, especially given that most people are simply ineffective at expressing themselves clearly with written words… hell, most people can’t even get basic grammar and spelling right!

It’s very likely that you’re wrong about how I feel or my inner tone as I write this, and I’m good at expressing myself through writing. How wrong could you be about a regular person who isn’t a trained and experienced author?

When you look back at the conflicts and struggles you’ve had in relationships and friendships, it might simply have never before occurred to you that the method of communication was the real issue. It wasn’t that you disagreed or misunderstood each other, it was that you didn’t pick up the phone or meet in person.

Not only is meaning and intent so much clearer when you can at least hear the person speak (and it’s much better again when you can also see their face and body), there’s a general pressure to create harmony when you’re right in front of someone. From the fear of getting punched in the face to the guilt of hurting someone’s feelings, there are many moderating factors in personal contact that increase empathy and reduce conflict. We’ve lost the ability to communicate

People have gotten out of practice with in-person discussions. Like anything you don’t practice, you get worse at doing it.

Those who avoid texting are generally better at communicating in-person because we get a lot of practice. When couples and friends have unresolved conflicts in person these days, this is often a result of both people being inexperienced in discussing emotional issues in real time – when you spend all your time texting you’ll get flustered and tongue-tied when it gets real.

I wish I had a dollar for every time a male client of mine realised far too late (or never realised) that a girl was just text-messaging him for validation and had no real interest in him whatsoever, or how many times a female client just didn’t get that the guy was only texting back out of a sense of politeness and desire not to hurt her feelings.

So much wasted time and crushed hope that could easily be avoided by trying to get someone to meet in person and realising quickly how uninterested they actually are.

It might seem that being able to think things through and edit what you’ve written before it gets sent adds a layer of accuracy and thoughtfulness to communication, but this doesn’t seem to actually work out in real life.

Instead, people tend to overthink what they’re saying and reduce their honesty due to having too much time to consider how to manipulate the other person’s perception. It’s actually harder to be dishonest in real-time than it is via text messaging with no time constraints.

When someone gives you the silent treatment in person, it’s obvious that they’re upset. But when someone doesn’t get back to your text or email right away, it could be for any number of reasonable reasons (though you’ll often take it personally and assume the worst). They could be sick, or busy, or they simply forgot that they got a message notification.

I used to think that my own clients didn’t want to get back to me, until I learned that my emails were going to their spam folder half the time.

Texting is not just inefficient and lacking, it’s in fact highly dangerous to the safety of your relationships. In an age when you can at the very least record audio and video messages, there really is no excuse beyond cowardice and laziness for using written communication for emotional topics of discussion. You don’t need to risk your connections with this simple error.

Even with my wife, who understands me very well, I insist that we use text communication for nothing more than transactional and logistical issues. If there’s anything we need to discuss beyond things like where, when, and how much it costs, it has to be a phone call at least.

In fact, we talk about almost everything meaningful in person, or by video call when long distance, and even simple things like a shopping list usually end up as a phone call.

I had to insist on this at the beginning and challenge her often about not discussing anything meaningful via text. Sometimes she’d unintentionally try to drag me into it. I can’t tell you how many times I’ve written the sentence “Let’s talk about this later when we’re together” or words to that effect.

You’ll probably have to confront your friends, dates and partners in the same way, as we now live in a culture of social cowardice where people think text communication to avoid uncomfortable confrontations is normal.

I guarantee you that if you spend the next 90 days being disciplined with neither initiating nor allowing conversation by text message to be anything more than organising details (and even then ensuring you pick up the phone if it starts getting messy or unclear), you’ll see a dramatic improvement in the quality of your connections and relationships.

90 day challenge: over the next 3 months limit yourself to these message templates only:

You get the idea… oh, and by the way: no emojis, and no “lol” or other popular abbreviations. They should feel like they’re texting with your professional personal assistant. Make it boring to text with you.

You should view texting and emailing as “empty calories” – the relationship receives no nutrition whatsoever from this communication style even though you might feel “full” afterward. You’ll be deceived into thinking your connection is growing (or breaking up) and yet nothing is happening aside from miscommunication.

Anyone who has engaged in online dating and apps knows this fact. You were getting along so well in the messaging stage that you just feel baffled about why it was so weird and uncomfortable later when you finally met in person, right?

Or if you’ve been friends with someone for years and suddenly have a bizarre falling out that you both regret – well, now you know why.

Stop being a coward. You deserve better.