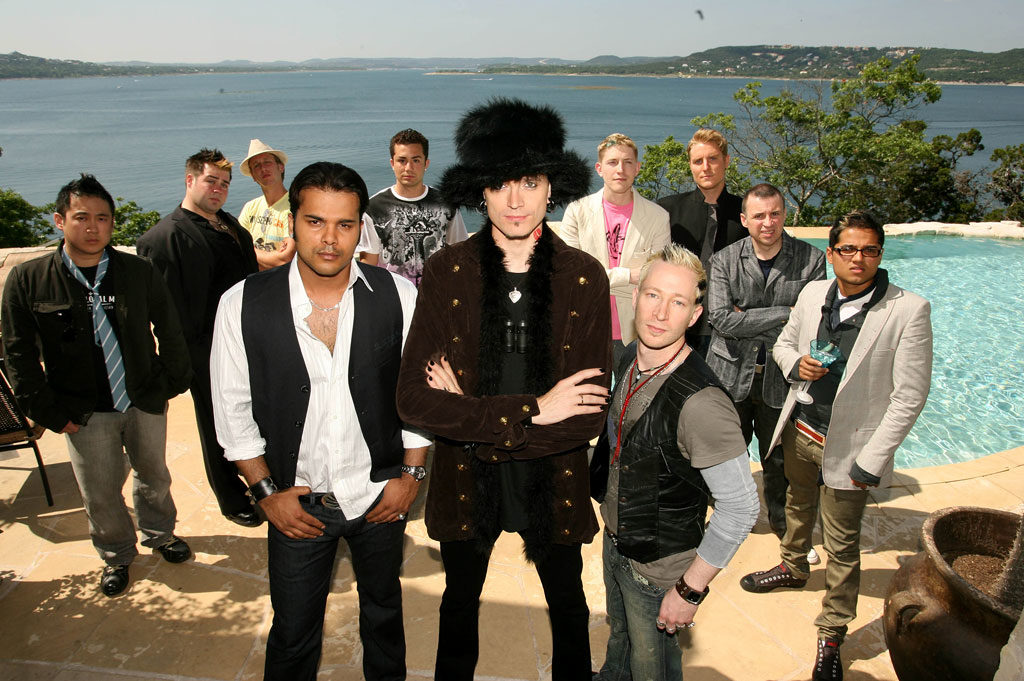 If you haven’t heard the term Pick Up Artist (PUA) yet, then you’ve been living under a rock. Or perhaps you’ve always been surrounded with healthy-minded people and avoid all media. Good for you.

It’s impossible to equivocally say when PUA first started, because guys have probably been giving each other advice about women ever since desolate cavemen sat around the fire miserably grunting to each other, “Og, why she anger? I do nothing”.

This blind leading the blind advice will likely continue until the death of humankind (which shouldn’t be too far away), and we still won’t know why you’re mad at us.

What we do know is since the publication of The Game by Neil Strauss, the PUA movement has become widely known and embraced by a large percentage of the male population. Why? Because it promises to get you laid.

Every day and night there are men out there practicing their skills. They “approach” women and ask them odd questions, make interesting observations, pretend to be disinterested, demonstrate that they are high-value, build rapport and then, occasionally, they close the deal.

And most of this is contrived; an act that has been carefully honed and refined over time, based on overwhelming a woman’s subconscious psychology to manufacture attraction. I should know; I did a lot of it myself.

WHY DOES PUA EXIST?

When a (straight) boy starts becoming interested in sex and women, it almost immediately escalates into an obsession. Puberty is powerfully painful for boys; it overwhelms the senses and leads to an almost endless series of sexual fantasies and frustrated desires.

Everything gives a teen boy a boner. I remember clearly the panic-inducing final stretch of the school bus ride, preparing my schoolbag to give me cover while I imagined dead puppies, in a futile attempt to counter the effect that the pleasant vibration of the bus engine on the seat had on my genitals. Everything becomes sexual. A crush who once smiled at me also enjoyed listening to Pearl Jam, so now every time I hear Better Man I get a half-chub.

In less fucked up cultures, like indigenous tribal cultures who have been untainted by colonisation, there are set processes to help guide a man in his sexual relationships. Boys who hit puberty are taken away from the tribe by the senior men, and taught everything they need to know about being a man, including how to create and manage relationships.

This process has been lost in the modern “civilised” world. We now live in a global society that is basically clueless about building healthy relationships. Half of us don’t even know what gender we are. Divorce rates have climbed above 50%, sexual violence continues to devastate lives, and online dating statistics show a frightening excess of worldwide loneliness and desperation.

So it’s only a matter of time before a lonely man starts seeking help. He feels like nothing he does “works”, and he’s never been taught how to connect with women anyway, so there’s a hopelessness in his few attempts which means they only ever end in failure. And waiting for him, like a vulture circling a decomposing rhinoceros corpse, is the PUA industry.

WHAT HAPPENS WHEN YOU BECOME A PUA

When I was seduced into the needy world of becoming a Pick Up Artist (PUA), it felt like a godsend. Finally, after many years of isolated frustration, I had found guys who seemed to know how to do something that seemed impossible to me: attract high quality women at will.

I was told on no uncertain terms exactly what attracted women to men. I had one man after another explain to me the science of attraction, and take me through the various evolutionary-psychological attraction factors for women.

I was told they wanted confidence, leadership, scarcity, social proof, humour, signs of “higher value”, and some even believed women want you to take them down a peg or two. And, to some extent, they were kinda’ right; with certain women, this stuff really did “work”.

For months I experimented with these concepts. I used manipulative techniques to show my higher value, to make women feel jealous, to make them laugh. I learned how to use storytelling to take women through a range of emotions, and to make them chase me like I was the prize.

I have no doubt that these tactics “worked”, in that they influenced some women into experiencing feelings of attraction for me that had not existed previously. I even got laid.

But after a while, I started to notice three concerning yet undeniable facts:

After the initial phase of heightened attraction, which I would exploit for my own satisfaction, there was always a downward spiral. The PUA tricks would start to “work” less and less over time, until eventually the women would stop returning my calls and text messages, or leave me for other guys.

What bothered me the most was that I kind of didn’t care that this was happening. I would quickly move onto the next conquest, hunting like a hungry lion, never feeling full. Yet I still had healthy friendships with women, so I started to feel guilty about the others who I was starting to see merely as challenging vaginas. PUA was ruining my genuine love for other humans.

These manipulative PUA tactics and strategies had a consistent half-life, which is probably why most PUA “gurus” remain unable to maintain a loving relationship, even after many years of “mastering” what women want. They will claim they like playing the field too much to settle down, but they’re pretty much just full of shit on that one.

There is only one type of person who has no interest in creating a connection with another human being: a psychopath. Almost everyone else wants real love; this is biologically supportive for our survival and its importance is clearly illustrated through Maslow’s Heirarchy of Needs.

Someone callously playing the field forever is merely sticking Band Aids on the emotional axe-wounds they feel unable to face up to, or they are highly psychopathic. Not exactly role-models; though I couldn’t see this. I worshiped them as gods because they seemed to have what I wanted.

There’s an old saying about using the tools without knowing the trade. PUA guys and other manipulators have convinced themselves that the end justifies the means, in that if you can manipulate a woman into being attracted to you, you have therefore satisfied her needs and created a connection.

All you’ve done is sell yourself cleverly by momentarily tapping into subconscious psychological traps. Like any bad product, if it fails to deliver on promise the person loses interest and becomes disappointed with their purchase.

YOU’RE FULL OF SHIT AND SHE KNOWS IT

The foundational error in PUA and other manipulative techniques to create attraction is that they are all based strongly in dishonesty. You hide what will push someone away, and you exaggerate or completely fictionalize what you believe will make them want more. Even using “direct” game tactics guys will emphasize their strengths while pretending to not have weaknesses; this is no more honest than blatant lying.

What you absolutely cannot do, if you’re a PUA, is show that you have weakness, insecurity, fears, uncertainty or trauma. These, among all things, are hidden the most, despite all being completely and naturally human. The irony of the modern PUA movement is that it’s called “natural game”, yet it still hides what occurs to us naturally.

But if dishonesty is not right for creating a connection, then why does PUA “work”?

Firstly, it actually doesn’t most of the time. For every time even one of the masters gets laid, there are dozens of “rejections”. Secondly, there are some women who are immune to it. These are – in my experience – the confident and psychologically healthy women. You can’t find them in bars and nightclubs most of the time anyway.

But PUA does definitely lead some women to become attracted to a man they would not usually go for, and there is some fairly strong science behind the evolutionary drivers that control this.

So what happens, from a woman’s perspective, when she meets this PUA guy, who displays all the “right” evolutionary traits and no weaknesses?

Well, at first, she’s attracted. She can’t help it; her brain is wired to react positively to these signs. But then time goes on, perhaps days or even weeks, and she starts to notice something is missing.

He never seems to have any problems. He’s always sure of himself. He’s always in control and never lost. He’s bold, and dashing, and confident, and dominant. And emotionally distant.

And he’s completely full of shit.

Hey, she might not be consciously aware that this is what is bothering her, but she feels it. There’s something false about his unbreakable armour and clever performance. Not only that, his endless perfection only highlights her own insecurities, so being around him starts to feel uncomfortable; she becomes filled with self-doubt.

She starts to become suspicious of his compliments, unable to trust his actions, and uncertain about how he might react. She simply has no idea what to think about anything he does, because she has no reason to believe him.

When you’re perfect all the time, a healthy person’s reaction will be to start hearing alarm bells in their head. Their subconscious will call “bullshit” and start extricating themselves from the situation.

I emphasize confident woman here because there is one type of woman who will continuously respond positively to PUA and manipulation; one who is mentally and emotionally unhealthy.

If that’s the kind of person you wish to connect with, by all means keep going with the magic tricks and false time constraints. But if you want a genuine and meaningfully connected relationship, one that the PUA masters and gurus will never be able to experience, then it’s time to put away the act.

I recommend you check out John Cooper’s Social Heartistry philosophy to learn more about a healthier way to meet, attract and build relationships with your kind of woman.