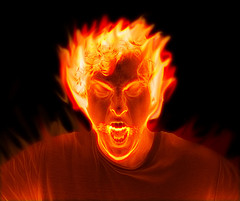 Why Do We Believe It’s Wrong To Be Angry?

Every now and then a strange thing happens with my coaching. For some reason a majority of my clients will experience the same issues around the same time. I can’t tell if I’m subconsciously leading this, or it’s just a freak coincidence, or perhaps even some sort of global supernatural link.

Whatever it is, it happens regularly and I quite enjoy it. I get to hone in on a specific topic for a couple of weeks and develop deep understanding about it. This month was one of those times, and the topic that kept coming up was a doozy:

More specifically, my clients’ shame and discomfort around the concept of being angry and expressing anger. In New Zealand, and some other countries, I’ve seen cultural trends where people are taught that certain emotions (nearly all of them) are ‘wrong’ to have or express. In some parts, like West Auckland where I’ve spent most of my life, any emotional expression is considered to be a weakness.

This month four of my clients experienced different setbacks and barriers related to difficulties with expressing emotion. And the emotion that seemed to be the most difficult was anger. Why? Because of all the emotions, this seems to be the one to which they have the most negativity associated.

Before we go into this, I’d like to explore something with you. In a recent article I covered how we feel about natural human emotions, check it out here and figure out if you believe ANGER is good or bad:

Most people I speak to put anger in the ‘bad’ category. Yet they also readily agree that anger is experienced by every person alive and is a natural, normal human emotion. Today I’d like to up the ante and ask you: is anger also a helpful emotion to have?

This is where people start to disagree. My clients will often express a belief that the world would be a better place without anger. Let’s have a look at that together.

IMAGINE A WORLD WITHOUT ANGER…

Let’s say somehow we could vaccinate people against anger and remove it completely from their life. What would be different?

The first assumption people make is that the world would become safer because anger is the cause of violence. This is not accurate. I worked with many sociopaths and psychopaths in my time at the Department of Corrections, and these people did not require anger to be violent. Instrumental violence is the use of violence to gain an outcome, such as make someone afraid of you, or to make someone give you information, and no anger is required to use it. I saw this happen often in my previous work.

So removing anger would not remove violence. And in my experience violence is not actually caused by normal, healthy anger, but instead by rage, a different species of anger. True anger only lasts a few seconds (in terms of physical sensation), in most cases, and if it continues longer than that it morphs into something else, something far more toxic. When aimed outwards it becomes rage and violence; when aimed inwards it becomes depression and anxiety.

In a world without anger but with violence, we are left in a precarious position. I asked my clients “Imagine if you were God. Tell me; why did you give humans anger?”

One client put it quite succinctly. He said if there was a dictator or other cruel person causing harm to the world, anger would give people the courage to stand up to him. Anger would be their motivation to put themselves at risk, if necessary, to fight evil. Interesting. So in a world without anger, it’s possible that evil people would rule, because no-one would have the courage to fight back.

And if you’d like to learn how to live a more meaningful and shameless life, through the authentic acceptance of your natural drives and emotions, click here to get free sample chapters of my #1 bestselling book The Legendary Life

SO WHY DO WE THINK IT’S BAD TO BE ANGRY?

Mostly I believe the problem is in mistaking anger for rage. Ironically, it’s the suppression of anger that appears to cause rage. So by avoiding what we think is unhelpful rage, we actually create it. And I see this playing out ALL THE TIME.

A common example is the Nice Guy destroying his relationship with his partner. At first he is scared that expressing anger will end in rejection so he represses it every time his partner annoys him, frustrates him, or otherwise crosses his boundaries. Does the anger simply disappear? Hell no. It sits and waits, boiling and seething, looking for an opportunity to escape.

Months or even years can pass before it does, but by then it’s far too late. One day Mr Nice Guy’s partner will burn his toast or leave her underwear on the floor and he EXPLODES. All that pent up rage boils over and can no longer be contained, and it all comes out at once. This poor partner then has to face the wrath of every ‘crime’ she has ever committed (without having had any prior awareness that there was an issue).

This kind of thing happens to almost everyone who represses healthy anger. Either they explode and destroy, or they implode and destroy, such as self-harm, drug abuse and suicide. Instead of dealing with anger when it occurs, they let it fester and consume them.

I speak from experience. I used to sweep every annoyance that put me at risk of confrontation under the rug. And there it grew. About once every three years or so I would snap, only I had the good luck to only have this happen when I was alone. I’d be driving down the road, ranting and raving and smashing my hands against the steering wheel as I released the toxins. And this used to terrify me. I was genuinely scared of what would happen if I one day snapped at someone. Would I hurt them physically? Or worse, could I end up killing someone? In my darkest days, I was haunted by this.

And this is the exact reason why I and many others think that anger is ‘wrong’. We associate it with such vile and dark thoughts and moods that we are scared of what will happen if we allow ourselves to be angry. On top of that, being angry is one of the most likely things you’ll get told off about as a child. Angry child behaviour is probably the most inconvenient for an adult to deal with, and the most aggravating, so in moments of impulsiveness we adults tell children to ‘grow up’, ‘calm down’, and ‘shut up’.

Does the child understand this to mean “Anger is fine, try to express it in a more healthy and productive way, such as talking it through or using physical exercise to burn off the excess adrenaline”? Of course not! As children we don’t have that kind of capability. We simply get the message “Anger is wrong” and act accordingly (try to repress it). This is the conception of rage, and in some cases, depression.

WHAT CAN WE DO ABOUT IT?

Firstly, if you identify as a Nice guy or girl, read No more Mr Nice Guy by Robert Glover.

There’s something else I’ve noticed: emotions come as a package deal. That means that they are all linked and affected by each other. When you repress any one of them, such as anger, you repress them all.

I used to worry about how little I cared and was affected by anything. I sometimes thought that maybe I was a psychopath, because I was so emotionally ‘stable’. What was actually happening was the suppression of emotions that I felt shameful of, such as anger, fear, and even excitement, caused me to lack the ability to experience the others, like happiness and curiosity.

If you want the full experience, the rich and meaningful participation in life, you have to accept ALL emotions. Not just accept, but embrace them. Easier said than done, right?

Well before you can teach others (e.g. children) how to express and accept their anger, you’d probably do well to sort yourself out first.

Here are some exercises you can do to get more OK with being a healthy emotional mammal:

Using the list of core emotions in the article linked above, write down your theory as to why each of them are helpful to you. What do they tell you or warn you of? How do they motivate you? How do they improve your quality of life? Try get to a rational understanding of the role that all emotions play in your life.

Think back to try and find the reason why you think anger is ‘wrong’. Who taught you this? How did they teach you? What qualifications did they have to pass judgement on which human emotions are acceptable? Were they hypocrites?

Write down a list of all the things that piss you off. No-one else needs to see it. Get it all out there, and show yourself that a) you do have anger, and b) it’s OK to not agree with things.

Learn to recognise how anger manifests in you. What physical sensations do you associate with anger? How will you know when you are getting angry? This leads to the biggest challenge: admitting it. Rather than supressing, justifying and holding back, as soon as you feel the anger, let it out verbally. You don’t have to be articulate and smooth, if nothing else just say “I’m angry”. Think of it as a test – can you survive admitting to anger? Only one way to find out.

Once you’ve sorted yourself out, and gotten to a point where you allow yourself to experience the full range of human emotion and express in a helpful way, you can help others.

The best starting place is to have a conversation with them about emotional expression. For example, if your child does not express anger well, talk to them about anger. Ask them about what makes them angry, what anger feels like to them, and what they do when they feel it. Ask them do give you feedback on your anger. How does it make them feel when you’re angry? Are they scared of it? What could you do to show them that being angry is OK as long as you don’t harm others?

See if together you can create safe and helpful ways to express all emotions, and commend them when they follow these ways. Take care to avoid repression strategies; think more along the lines of welcoming and harnessing emotion as a helpful resource.