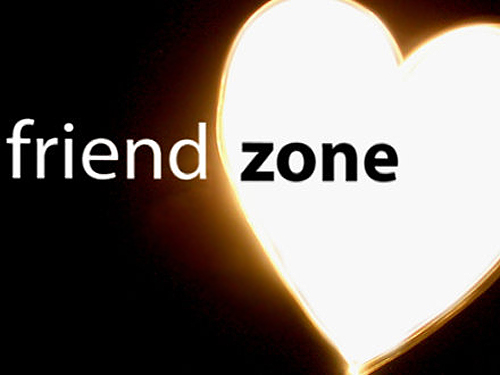 What To Do When You’re Attracted To A Friend

I found myself in a situation very recently which is all too familiar and common for Nice Guys:

Being attracted to a woman who we are friends with.

We find ourselves facing a dilemma. Do we tell her how we feel and risk losing her as a friend? Or do we keep our feelings bottled up and repressed to maintain the friendship?

Guess which one Nice Guys do?

Before I started my journey in 2014 to becoming an authentic, self-confident man, I would’ve done exactly that – bottle up and repress my feelings because of the fear of losing a friend and destroying a good friendship.

I would’ve been OK with it because it’s something I’ve always done – don’t get me wrong it will still hurt but I would’ve gotten over it.

But this time it was different.

I felt a huge storm cloud was constantly hovering over me. I felt this massive weight in my chest, every inch of fibre in my body was sending me signals that something wasn’t right. There was this constant inner conflict going on all the time in my head. When I was with my friend I felt this tension, this pain, this GUILT.

I WAS LIVING A LIE.

2014 started with me being honest, authentic, vulnerable – letting people see and know the real me, whether in person or through sharing my experiences via my blogs. Hiding and repressing my feelings and thoughts went against everything I’ve been working towards.

Although I’ve only known her for just under a year, I didn’t want to lose her as a friend because she is one of the very few people in my life that I feel close to and can trust, as well as being very supportive and caring.

But at the same time not telling her how I feel – that I’m attracted to her, went against my core belief of being authentic and honest. There was a war going on inside of me and I was caught in the cross fire.

I didn’t know what to do – I felt so helpless. I was nine years old the last time I felt that helpless, when I was told by my parents that I deserved to be bullied because I’m not normal, and my teachers told me to stop telling tales.

When I talked to Dan Munro about this he asked:

“If telling her you’re attracted to her makes her terminate the friendship, what kind of friend is she?”

I WAS FUCKING SCARED!

I didn’t want to lose her, but at the same time I knew I had to tell her – because I value her as a friend and our friendship is very important to me. But I just couldn’t find the courage to do it.

I was paralysed with fear!

Then a situation arose which created an opportunity for me to face that fear head on.

It was a Saturday night I was out in town with this friend and some other mutual friends. But I wasn’t myself; I was withdrawn and not very sociable. I left after an hour, and she knew something wasn’t right.

The plan for the next day was for a group of us to go out for lunch and enjoy the amazing weather we’ve been getting recently. I made some lame excuse to pull out of it and she messaged me asking what was going on, as I’ve been “acting weird” and she would appreciate it if I told her. Clearly this issue was affecting our friendship.

I kept avoiding and deflecting, trying to defuse the situation. I wanted to avoid any conflict at all cost. It wasn’t working. I could see by doing that she was getting very upset and I was hurting her.

To know that I was hurting her made me feel like shit because of how much I care about her. When she asked:

“Why won’t you tell me what’s going on?”

My back was against the wall. There was no escape. I had only two options:

1) Tell her the truth about how I feel about her

I felt my chest starting to tighten, my heart was racing, and I was struggling to breath. The fight or flight reflex was kicking in.

“If telling her you’re attracted to her makes her terminate the friendship, what kind of friend is she?”

So I told her the TRUTH.

I told her how grateful I am to have her in my life as a friend, but at times I feel conflicted because sometimes my feelings for her went beyond just being friends. I told her I know she’s in a relationship but I’m attracted to her and the reason why I’ve been acting weird is because I haven’t been honest with her about that. I wanted to get that out in the open.

I told her that this may either destroy our friendship or make it stronger, and I feel that I should be honest with her as I’ve been with everything else. I didn’t want to lose her as a friend but that is a risk I have to take by being honest.

After I let that out, I felt so much lighter. That storm cloud that been hovering over my head faded away, the weight in my chest started to go away. I felt the feeling of guilt I had having to hide that lie was gone also – I felt clean.

At that point I didn’t really care what her reply was going to be. Although I would be heartbroken to lose her as a friend, it was a consequence that I had to accept no matter how painful it would be.

It was the price I had to pay for being authentic and honest.

What was her response?

She said that she’d known all along. She wants to be my friend and she didn’t want to lose our friendship.

It was the scariest thing I’ve ever done, and I believe for a Nice Guy it would be number 1 on the fears list. But it ended well and I’ve learnt some very valuable lessons from this experience:

1) Being authentic and honest will mean that we will be faced with making decisions that will scare the living shit out of us, to the point of paralysis. But the long term benefits from that short term pain is worth it.

2) Being authentic and honest is a journey of constant learning and decision making. We won’t always get it right. But whatever the consequences of our decisions, as long as we were authentic and honest we will be able to look ourselves in the mirror without any feeling of regret, guilt, or shame.

3) If telling a friend that you’re attracted to them makes them terminate the friendship, then there wasn’t much of a friendship to begin with. You’re better off without it – and them for that matter.

I am so glad that I was able to tell my friend the truth, and the fact that we are still friends is an amazing bonus. I still have a lot to learn on my journey of authenticity and self confidence, but this is definitely a major milestone.

I faced my biggest fear and I SURVIVED.

I know you can too.

“You gain strength, courage and confidence by every experience in which you really stop to look fear in the face. You are able to say to yourself, ‘I have lived through this horror. I can take the next thing that comes along.’ You must do the thing you think you cannot do.” ~ Eleanor Roosevelt