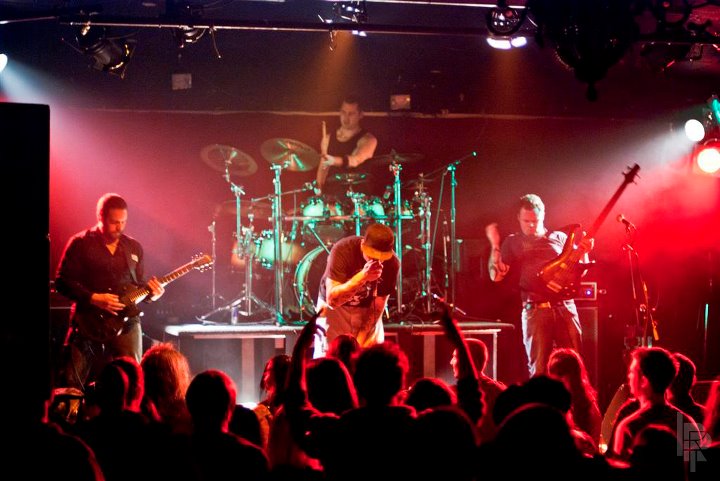 Want To Become A Celebrity? Then Just Do This…

I’ll never forget the night I got to go drinking with the rockstar legends Korn.

It was one of those fortuitous events where everything just came together.

Many years ago a couple of friends and I had gone to see these heroes of our teen music years at a concert in Auckland. At the sold-out gig we met a couple of girls who hung out with us. About halfway through the show some long-haired tattooed roadies came and took the girls backstage.

We figured that was the last we’d see of them.

To our surprise they returned, with stickers attached to their skirts. These stickers had the address to a hotel. We figured this must be where Korn was staying, and that the girls had been officially “pulled” by rock stars. Good for them.

Not to let an opportunity like this pass us by, we went to the hotel. We couldn’t believe our luck when members of Korn and the other bands actually showed up. Munky, my guitar idol, took an immediate liking to the girls and started hitting on both of them.

Munky and the other guys assumed the girls were with us, so when it was suggested that the band go out drinking, we could see them trying to figure out how to get rid of us.

Then, the road manager dropped his Blackberry on the couch next to me. After 10 excruciating minutes of contemplating stealing it to prank-call Metallica and Marilyn Manson (you wouldn’t believe this guy’s contact list, it was mind-blowing), I went and returned it to him.

Rather than being rightfully accused of theft, I was mistakenly seen as the hero who returned the machine that ruled this guy’s life, and therefore the band’s life. We were taken under the wing of the bands and invited to hit the town with them. Somewhere in there I forget to tell them that I had intended on stealing the phone if my mates hadn’t talked me out of it.

What happened next quite simply shattered my reality.

We showed up at the pretentious and highly exclusive Pony Club in Auckland. The queue stretched down the block, full of high-rollers, actors and minor celebs. Korn’s road manager had arrived before us and spoken to the bouncers.

We were escorted right in, past the crowd without having to wait a single nano-second. Woah. At this point I’m thinking “THIS is the life”. My friends and I had already decided to put on false American accents so that people would think we were in the band.

Remember, this is all before I became an authentic coach and all of that jazz. Back then I could be a deceitful little bastard.

Before we even reached the bar we had girls hitting on us. One crazy chick even asked me to suck on her toes (did I do it?). I had never experienced anything like it in my entire life. We had a tray of Tiger beers bought to us for free. I realised immediately that this is what being famous is like. These girls and the bar staff had no idea who we were, they just thought we were famous.

When we finally made it inside a section of the bar had been cleared out for our group. Despite a recent ban on smoking in bars we were allowed to light up. It was completely lawless. We could do anything.

Munky had long since abandoned both us and the girls. He was now settled in a private booth with two leggy blondes sitting on his lap, who were taking turns to make-out with him.

And that is when I had the big realisation: they didn’t actually know who he was.

They were not the kind of girls to listen to Korn, otherwise they would have been at the concert. They were dressed for a night on the town so there’s no way they had been there. All they knew about Munky was that he was an uber-confident American, with dreadlocks, wearing an ADIDAS tracksuit, being ushered around and served by others.

Again I could see that no one there, including the staff, had any idea who any of us were. And yet we got everything for free and total rock-star treatment.

They just assumed we were famous.

I lay awake later that night, buzzing on the whole experience. Mostly, I kept asking myself;

“How did they know we were ‘famous’?”

I wanted to crack this code. I wanted to understand how to walk into a venue and be treated like a God. At the time I was in the early stages of my self-development journey, still desperate to be liked and validated.

It’s only more recently that I’ve discovered the secrets behind why were treated like rock stars on that fateful night. And, more importantly, how to make that happen again, without being needy or fake.

First and foremost, it’s about confidence-building and frame control, particularly confident body language. I’ve already done plenty of posts about both of those topics, so today I will focus on the second part:

Being a celebrity is simply having the highest perceived status in a situation. Whoever is the coolest or most powerful person in a room is the ‘celebrity’, and will be treated as such.

Creating a kingdom is about building up places where you have the highest perceived status in the room. You are the coolest guy there. This can be achieved in a single visit or over a longer period of time.

Given that I’m all about authenticity now, I’ve discovered a system to create this status while still being completely genuine and not trying to please/impress anyone.

If you are keen to create more relationships by having high social status as soon as you enter a venue, check out the Social Skills resources at Brojo.co.nz

Choose 3-5 places that you want to practice this process within. It could be your workplace, your favourite local bar, a shopping mall, or places you regularly go to eat.

They must be venues that you will visit regularly.

You need to have a confident mindset to create the right body language and ability to build relationships. This will come from developing ‘frames’ around being a leader.

Check out my post on Frame Control for more on this.

Get to know everyone who regularly frequents this venue. Make it your mission to improve their day every time you see them. Get to know them, allow them to get to know you, and build solid connections. Do this authentically.

At shops this means the staff working there. At work these will be with your colleagues and superiors, but also with everyone else from the janitor to the girl who delivers sandwiches on a Tuesday. At the bar it’s the bar staff, regulars, and particularly bouncers, managers and owners.

The aim is to eventually be able walk in and everyone knows your name.

In a venue where there are many small groups of people, like a bar or networking event, short-setting can create a major status position for you. Short-setting is about quickly bouncing from group to group and raising the energy levels in each.

It doesn’t require you to be the wittiest person in the room or to say anything particularly special. You simply need to have positive energy in your approach. Go from one group to the next, have a short conversation and boost their energy.

Once you’ve approached each group you can sit back and marvel at how you’ve single-handedly improved the atmosphere of the entire venue. Plus, all the people-watchers who have seen you do this will assume you’re a person of high value, and will be more likely to approach you.