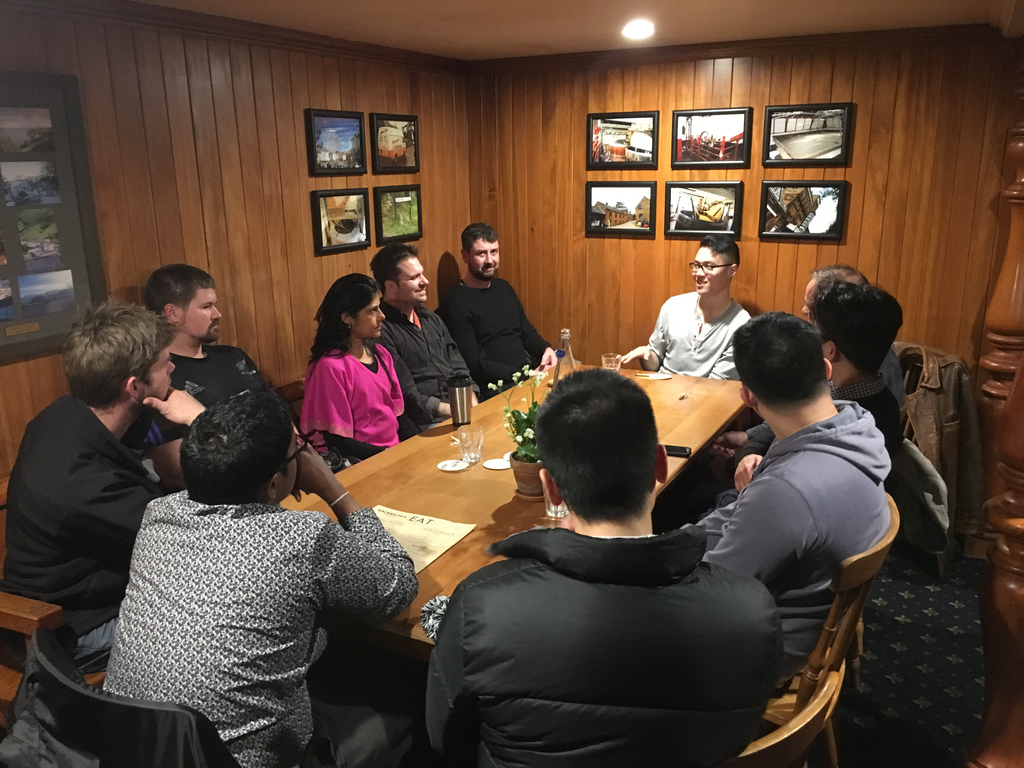 Jim Carrey told us that he wished everyone could be rich and famous just so they could see that it’s not what they’re looking for.

Will Smith, in his new book Will, explained clearly that chasing and achieving the dream of becoming the biggest movie star on the planet nearly cost him his family and was driven entirely by childhood trauma.

Dan Bilzerian complained that he’s so used to eating only Michelin-star quality food that even “great” food tastes like garbage to him.

Heath Ledger, Robin Williams, and Amy Winehouse all committed suicide despite being incredibly successful and popular.

Gene Simmons has reportedly slept with thousands of women… that’s self-reported, meaning that sleeping with all those women wasn’t satisfying enough; he had to brag about it too.

One of human beings’ best traits is that we can learn from others’ success and build upon their knowledge, as commonly seen in the never-ending improvements in science, sports and business. However, despite this ability, we have a glaring and hugely damaging blindspot: we seem relatively unable to learn from the mistakes that others make.

There is now a gigantic compendium from “successful” people telling us that it was a mistake to pursue what they chased and that anyone doing it might need to reconsider. Famous people warn us that fame is toxic; rich people warn us that focusing on money costs you your family; influential people warn us that it’s extremely lonely at the top of the mountain. And those not warning us directly do so indirectly, with their approval-seeking, drug addictions, suicide attempts, and repeated divorces.

On top of this, we have research by palliative nurse Bronnie Ware showing that the top regrets of the dying include not speaking your mind honestly (deception is generally a requirement for achieving high level fame, wealth and power) and neglecting your loved ones to work hard in your career.

If that wasn’t enough, we have scientific research showing that once you reach a certain amount of money (roughly $75K USD per annum) you no longer get any happiness from increased earnings after that, and that the greatest happiness comes from long-term high-quality intimate relationships (more than anything else).

And yet, despite all of this evidence, nearly every person on the planet yearns to be more popular, more loved, more wealthy, or more powerful. We might not all be seeking movie star status, but nearly all of us overwork due to financial insecurity, or people-please due to attachment traumas, or manipulate to control people due to fear of pain and insecurity about our lack of significance.

As if all this evidence wasn’t enough, you have your own experience warning you of the future: everything you once felt lucky to attain is now something you don’t appreciate at all, assuming enough time has passed. Sure, it was fun to get it, but if you keep it for a long time, it loses its shine permanently, and you move from feeling grateful to feeling entitled.

How many of you currently earn double the amount of what you once thought was “a lot” and yet still bitch about not having enough money? Do you really think that feeling of needing more will end at some arbitrary new amount of cashflow? You think you’ll appreciate 100,000 followers more than you appreciated your first 100? You think you’ll permanently silence that nagging voice in your mind that you’re not enough as you are by being more influential?

Science, philosophers, and successful people can answer these questions unequivocally: No, you won’t, unless you’re a psychopath (and even they wind up feeling unsatisfied later in life).

So why do we chase these things?

This year, more than anything, I have been considering this question. Why do I care about becoming the next Jordan Peterson? Why do I want my book to be a bestseller? Why do I want to triple my income despite already making enough to provide for my family? Why do I yearn to be significant in some special way?

And more importantly: how long am I planning to wait before I accept the evidence and change direction?

Well, I’ve decided not to wait any longer. I spent this year painfully reprioritising. I had to drag my urges and focus away from the subtle and subconscious drive to be more important, more powerful, more memorable, and more wealthy. It felt like pulling teeth sometimes just to focus on being present with my daughter, or listening attentively to my wife, or choosing to exercise rather than record another video.

It was much harder than I thought it would be, but it feels right too. It feels like I’m choosing not to make a mistake that I was destined to make; a serious blunder that I would have ended up regretting and wishing for a do-over. I know I won’t be on my deathbed wishing I’d worked more or been more famous or sold more books, especially if my connection with my family and friends is rich and meaningful.

My challenge for 2022 will be to continue down this path, which feels like giving up being special and instead just retreating and surrendering into a “normal” and ordinary life as a father, husband, friend, son, brother and, after all that, a coach who helps a few people here and there. Not the next Jordan Peterson, not a bestselling author, not a viral YouTube hit, not even a millionaire.

I won’t regret this, but I think it’s going to be hard as fuck. We’ll see…