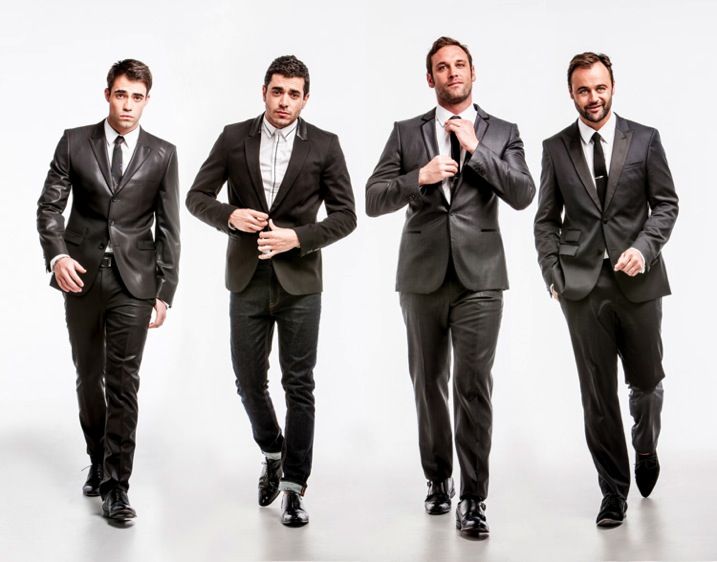 There is no such thing as toxic masculinity

This modern term completely baffles me. To me, the term “toxic masculinity” sounds no less confusing than “toxic health” or “toxic sunlight” or “toxic love”. These things are innately healthy and helpful, and if toxicity is present then these things are not. Today I’ll be making the case to state you’re either being masculine or you’re being toxic, but you can never be both at the same time.

Obviously, we need to start with definitions.

Firstly, let’s get “toxic” out of the way. It’s a simple one: it means poisonous. Hence, if something is toxic and you ingest it, you will be harmed – poisoned. Done. This term has been used beyond the strict scope of physically ingestible substances lately, and now is associated with more conceptual ideas, like relationships, workplace environments, cultures, and so on. So we can allow for this by saying at the very least that if something is “toxic” it means you will be physically or psychologically “poisoned” in some way by being exposed to it, e.g. toxicity in the workplace might cause you to be stressed and burned out.

A far more controversial term to define is “masculinity”. This word is really where the problem lies. Many dictionaries specify that masculinity is a set of traits associated exclusively with men and boys. However, no such traits exist in the scientific world, i.e. traits that are only or consistently inherent in males. No matter what masculine trait you care to name, you will with very little effort be able to locate a male who does not exhibit this trait and never has, as well as a female who consistently exhibits the trait. There are assertive, courageous, honest and responsible women, and there are men who demonstrate none of these traits.

So we must discard definitions of masculinity that single out males. Such definitions are senseless (the same applies to “femininity”). We must instead remove gender/sex from these traits, and have them available for either men or women to enjoy.

So what makes a trait masculine as opposed to feminine (or passive, a third category that describes the absence of either)? As few others appear capable of doing this without referring to biological genitalia, I’ll do it for us:

More specifically, the following are the traits I’d consider to be “masculine” (once again: not specific to men, women can and do exhibit all of these as well). I’ve included the feminine counterparts for reference in brackets:

And I’m sure you can think of many more.

Now, the key here is to address the question: “Are any of these traits by definition toxic?”

You may be tempted to first point to some of the more seemingly obvious ones, the ones the radical left leaning commentators tend to link to violence, rape, colonisation and other harmful behaviours: traits like assertiveness, risk-taking, aggression and ruthlessness. Even honesty is often lamented, i.e. the cancel culture approach to people speaking about “offensive” opinions, and leadership is sometimes considered toxic as well, i.e. the so-called “Patriarchy”.

But here’s how I see it: if a behaviour is toxic, it is by definition not one of the traits above, however it may be an attempt to live by one of these values, or easily mistaken for one.

Let’s take a more obvious one: ruthlessness. Again, this word is often associated with harmful behaviour, especially violence and other psychopathic actions. However, ruthlessness simply describes an absence of empathy and compassion. While this may seem objectively harmful, when applied by a healthy person it is usually the necessary solution to toxicity! For example, being ruthless in the service of protecting people in danger; “sheepdogs”: the people who protect the sheep by attacking the wolves.

Exploring the controversial example of ruthlessness: Police are often ruthless when arresting potential violent offenders. They can’t afford to be gentle with a person who is waving a weapon around and threatening to kill people. They must act hard and fast, because statistically this is the most likely approach to reduce potential harm and death. If, like we often see in the USA, a police officer is overly violent and harmful, they are actually no longer being ruthless. They have slipped into another trait, such as vengefulness, cruelty, stupidity, sadism etc. These are not ruthlessness; they are something else.

And that is one of the key points I’m trying to establish. When a behaviour is “toxic” or otherwise harmful, and can be regularly linked to certain trait, then the trait itself cannot be masculinity or a part thereof. It must be something else; in the same way that any behaviour that harms your body cannot be defined as “healthy” in any way – you can’t have toxic healthiness, it’s an oxymoron.

While this may just seem like semantics, what I’m suggesting is an important clarification on the definition of masculinity that will allow men and women to develop and act upon healthy masculine traits without there being any confusion as to what these are. See, the problem we have at present is that all masculinity is being defined as “toxic” by a small but loudly vocal minority (mostly those who identify as left-leaning feminists or “woke”), leaving men and women feeling unable to pursue healthy masculine traits, like assertiveness, for fear that they will be seen as toxic.

Comedians are starting to water down their comedy, to suit the tastes of people who aren’t even their fans. Companies are marketing their “woke” policies to the point where they’re spending so much time and resources trying to appear to not be toxically masculine that there’s nothing left to address actual workplace issues like sexual harassment. And genuinely horrible behaviour, like domestic violence and rape, is being undermined by everyone who ever had a bad date claiming to be “traumatised” by men. Genuine victims are being drowned out by the complaints of spoiled people who simply didn’t get exactly what they wanted.

The worst thing out of all of this mess is that the masculine men and women who are there to protect the flock from the wolves are being shamed into confusion, silence and inaction. There will always be predators, psychopaths and deranged, harmful human beings – humans have always had their dark passengers: archaeological evidence shows murder injuries on the earliest human skeletal remains. We must have the courageously masculine protection required to prevent civilisation devolving into a dog-eat-dog dystopia.

Ironically, it’s common to see so-called toxic masculinity demonstrated most prominently by the people fighting to eradicate it. Just turn on any news debate with a self-titled feminist activist, and you’ll observe them using bullying tactics, interrupting and displaying egotistic dominance, and even making threats. As is often the case throughout human history, those making the accusations to gain power are often the worst perpetrators.

I know I can’t get through to people like that – they’re in too deep and are too insanely committed to their cause to see the truth. Despite labelling themselves as “woke” their eyes remain firmly shut. This post is instead aimed at those among you who identify as strongly masculine and see the need for people like yourselves in society. The need. We must encourage and support each other to stand up against the gassy wind of the woke brigade trying to eliminate masculine/feminine polarity, so that we can protect the masses from these deluded and dangerous predators, as well as live the best lives we can possibly hope to satisfy our own sense of purpose.

Be honest. Face your fears. Stand up for what you believe in. Demand respect. Take responsibility for your life. Don’t wait to be asked to go for what you want. Take risks where it’s needed to make progress. Be aggressive in those rare situations where it’s required. Man or woman – or anything else – go ahead and be masculine, if that’s your authentic self. Let the small vocal minority of deranged, power-hungry, attention-seeking, self-important spoiled brats throw their accusations and attempt to create an online mob to destroy you. Fuck them. They can only really hurt you if you let them, and if we don’t support each other.

If you’re ever hit with public or even private resistance for being masculine, come and join us at BROJO and we’ll do our best to encourage, support, and empower you to do what society needs you to do. I have coached multiple people through attempted cancel-culture attacks and they’ve made it through to the other side without having to sacrifice their integrity. It can be done. You are safe to be masculine.