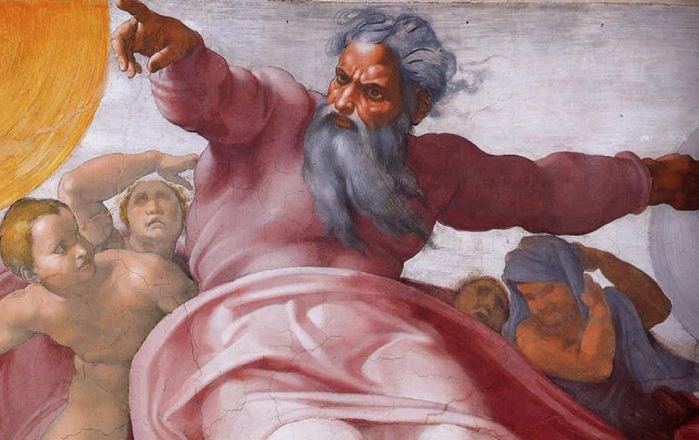 The God Dilemma – an Atheist’s Search for The Answer

Lately, thanks to God, I’ve been experiencing a lot of stress.

For my entire life, actually, I’ve been a person who generally builds up a lot of stress over time. More recently, I’ve been examining this stress, trying to understand the underlying nature of it, trying to figure out why I continue to build up stress despite having an objectively enjoyable life, and after having created strong self-confidence over the last few years.

Yesterday, I had an enlightening conversation with a good friend, and realised my lifetime’s pattern of stress has always had a common thread: The search for an answer to an impossible question.

Sometimes I’m stressed because I can’t figure out how to make my business grow massively. Sometimes it’s because I can’t figure out how to help my sick girlfriend. Sometimes it’s because no matter what I do physically I keep putting on weight. Whatever it is, there’s always the theme of struggling against a question without finding an answer. I seem to be someone who has difficulty accepting ignorance in myself.

When I dug even deeper, I realised that under these surface-level, somewhat superficial dilemmas, a much bigger question has been going unanswered throughout my entire life.

Recently, I’ve noticed myself drawn to watching YouTube debates and reading articles where atheists debate with believers about God. After putting the pieces together, I had an epiphany about an underlying causal factor to my stress, and why I have this new obsession around such debates despite not really “caring” about beliefs like this in general.

It’s because of the question I’ve never been able to answer: What’s the deal with God?

This isn’t a question about some bearded man in the clouds, or an eight-armed elephant working the cogs of the planet, or any other man-made fiction about the nature of God. That I’m already pretty clear on – there’s no evidence whatsoever for any of those manifestations. That’s not the issue.

And this explanation bothers me, to the point of building up long-term stress. But why?

Let’s say we start by using the Abrahamic description of God: The Creator, who is omnipotent (all powerful), omniscient (all seeing/knowing), omnipresent (always everywhere) and omnibenevolent (all loving). Most organised religions would accept these attributes of God, namely Christianity, Judaism and Islam. Other religions take bits and pieces of these four main attributes.

The trouble with these attributes is they are contradictory. If, for example, God is all-powerful, then He should be able to create something that is more powerful than Him (e.g. a stone so heavy even He couldn’t lift it). But if He could do that then He wouldn’t be all-powerful, and if He can’t do that then He isn’t all-powerful now.

And if He is indeed all-loving, which many non-believers would argue against, then why does He allow such terrible things to happen to us humans? Why do babies get cancer? Why do earthquakes wipe out millions of His faithful believers? Why do paedophiles even exist at all?

And here’s where we get to my God dilemma; the cause of my stress. Whenever these contradictions of God are presented to a faithful believer – i.e. when we approach our limits of understanding about God – they inevitably refer back to their infamous catchphrase answer:

“God is mysterious, He works in mysterious ways.”

This answer implies that God’s master plan, His grand design, is so complex and mind-blowing that we simple apes will never be able to grasp it. We could never understand the impossibility of God. His plan is beyond our intellect.

OK, I can actually get on board with that. Just the other day I watched a video on the latest discoveries in quantum physics and no matter how simple they kept the language, I could not understand it at all. If there is a God, he would be even more complicated than that shit, so of course I won’t understand him. None of us can.

No matter how you describe God, or gods, whether it’s the Abrahamic version or some other concoction, once you get into exploring Him you’ll eventually hit a point where you can’t make sense of the way of the world, where you can’t explain why without banging into contradictions (at least to us poor mortals with our view of things).

There is no definition of God that accounts for Leukaemia in innocent babies in such a way that any human can understand and reconcile (at least no God worthy of devotion and worship), unless you’re psychopathic or sociopathic. That’s the “mysterious” part.

Hold this point in your mind, because the next part might seem unrelated, at first.

Have You Ever Been Betrayed?

Think back to the last time someone you trusted truly fucked you. It’s happened to most of us at least once.

You thought they were your friend, partner, priest, loving boss or even leader of your nation. You were so sure of your trust and respect for them. Then, one day, they engaged in a piece of deliberate behaviour that just destroyed your fantasy of who they were. They cheated, stole or engaged shamelessly in mind-breaking dishonesty. They did something so reprehensible, harmful and selfish that you were forced to realise that you were wrong about trusting them, so wrong that you hate yourself for your own ignorance and gullibility.

You realised, in your pain, that you never really knew them at all.

You know those moments, right? Someone behaves in such a way that you have to completely wipe any picture of them you had in your mind, because the behaviour does not line up with it at all. The principles that you thought they lived by, be it honesty, respect, courage or loyalty, do not allow for the behaviour you just witnessed. And because you were so wrong about them, you decide anything you think you know about them must now be questioned and possibly discarded.

This is not the same as someone doing something new but aligned with their principles. People can surprise you without you feeling like you don’t really know them. Usually they just show a new principle, characteristic or quality that you simply weren’t aware of before, but it does not contradict anything you already knew about them. Betrayal is different: it’s when new behaviour is massively contradictory of their supposed core principles, and it completely destroys your faith in your own ability to accurately measure someone. You may even doubt your ability to measure anyone again!

Now, in the case of betrayal, a smart person will realise that they didn’t ever really know that person and start re-evaluating them from scratch. They’ll discard all previous assumptions and start over.

Despite being able to start over with a surprising human being, when we hit the wall with God – when He does something that does not align with the principles we know of Him (particularly the all-loving part) – why do we continue to trust in the other things we “know” about Him?

If God is indeed mysterious, in such a way that He seems to violate the very principles we thought he followed, then we don’t really know Him at all. So how can we maintain faith in our other assumptions, principles and claims about Him? In fact, many theologists would agree that it’s arrogant to think we can understand God (yet they’re happy to preach about Him with their own interpretations).

We have no way of reconciling his actions with what we think we know of him. We can’t say we’re sure He’s all-powerful if He surprises us by not having the power to prevent ISIS from beheading innocent travellers. We can’t be sure He’s all-seeing if these atrocities seem to slip past His eyes. And, if we instead presume these things have been allowed to happen, endorsed by Him because it fits His master plan, then our view of what “all-loving” means clearly doesn’t align with His. If He thinks that allowing babies to suffer for years from cancer is all-loving, then we really have no idea what all-loving means to Him.

Which means He is indeed mysterious. So mysterious, in fact, that any assumption we’ve ever made about him must be discarded. All the Bibles, scriptures, prophecies and “word of God” translated preachings must be assumed to be incorrect, because we don’t understand His key principles and reasoning at all.

Why does all this distress me – an atheist – so strongly?

Because as someone who has a lot to say on morality, I kinda hoped eventually we’d be able to verify moral claims. I think at least part of me hoped that the concept of God might be true. That one day a sense of universal order and purpose would be discovered. Not in the shape of a hairy old Zeus-like dude chucking lightening-bolts at homosexuals getting married, but that some physically beautiful and understandable structure to reality would emerge. My stress comes from the growing awareness that such a final answer does not even exist at all.

Oh, there may be a structure, but because of what this structure (or God) allows to happen, we – with our human minds – will never understand it. Which means it doesn’t exist, for us. There might never be someone who can make sense of the Universe in a way that will make me say, “Oh OK, I get it now, it’s good for babies to get cancer.”

So What Can I Do?

Nietzsche said, “God is dead” and I think I finally understand what he meant, or at least I have a way of interpreting it that will help me accept and manage my stress. It means that I must say goodbye to any hope of finding a god. While I can search for a final answer, if that amuses me, I must make my peace with never finding it.

I will never find an answer that satisfies me about why there are paedophiles, or why humans are wilfully destroying their own habitat, or how a political system could lead to Trump being trusted with even minor leadership responsibilities. I certainly won’t get these answers from someone else, and anyone who claims to understand God or the Universe is clearly delusional and probably dangerous.

If there is a “God” – a structured reason that explains and predicts everything – it doesn’t matter. In a sense; He’s dead to me. I could never hope to understand it, Him, the structure, whatever, so there’s no point in trying. It’s better for my own sanity if I let go of finding that answer and instead focus on simply exploring, trying to understand the next question that confuses me, knowing that there will only be another question waiting after I answer it anyway.

I can relax, slow down, smell the roses, and explore at my own pace, because the journey will never end. Let’s see what this new approach does to my stress…

For more rants on philosophy, check out The Brojo Online Podcast