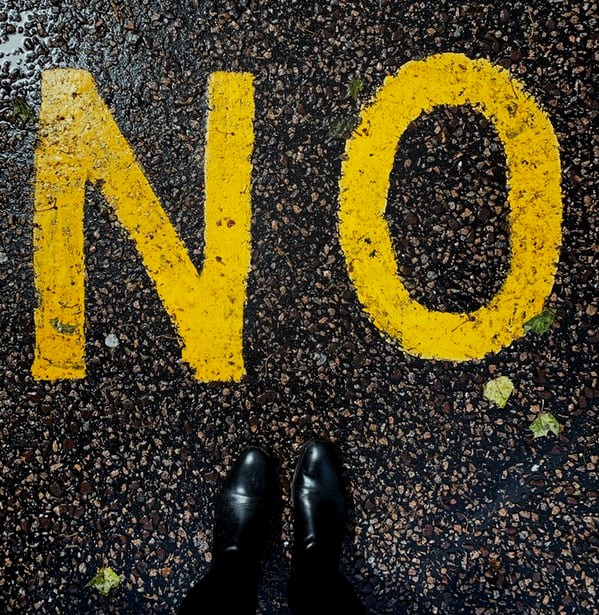 As I’ve previous discussed in this podcast episode, fear controls us in the sneakiest of ways.
Feeling “afraid” is actually relatively rare, as is “terror”. Even anxiety doesn’t occur to most people very noticeably or often. And yet fear is present in our lives throughout the day, every day, influencing nearly every decision and we’re barely aware of it’s existence.
Today, I want to point out what I believe is Fear’s sneakiest trick, perhaps the most powerful manipulation tactic I’ve ever seen (and given my history of working with psychopaths, that’s saying something!)
Here it is in a nutshell: pretending to encourage you in a way that actually discourages you.
Remember the character Wormtongue from Lord of the Rings: The Two Towers? He’s the King’s advisor who slowly poisons the King’s mind with discouragement while appearing to be his closest ally and friend. He always appears to have the King’s best interests at heart, even defending him from potential threats, and yet it Wormtongue himself who is the threat.
Fear is Wormtongue. You may have noticed some of the ways your Fear appears to encourage and support you, and yet in the long run it only stops you or slows you down.
“You’ve earned a reward / break” – used to help people cheat on their nutrition and exercise goals and relapse into bad health or substance abuse.
“You can do it all… and you should!” – used to overwhelm you with a massive collection of tasks so you don’t focus on the relatively simple next small step.
“You can find someone better, they have too many flaws” – used to sabotage relationships that are getting too intimate.
All of these tricks have a common factor: they cause a DELAY.
THIS is Fear’s main strategy – to make you delay your attempt, to put change off for a little while. Fear only cares about keeping everything familiar – the same – even if it hurts you. It will do anything to delay your attempts to improve your life and evolve.
Which leads me to what I believe is Fear’s single greatest manipulation tool:
“Yeah you could definitely do that… someday“.
Fear gives you props for your skills and ambitions, and supports your goals, with a single condition: not TODAY.
Fear is smart, you see. He knows that he can keep delaying you one day at a time for the rest of your life. You won’t notice the weeks, months and years pass by, because he keeps encouraging you with “someday”.
I’ve even seen research that shows that people get such a dopamine boost from promising to change, that their brains actually feel proud of themselves… for doing nothing!
Whatever it is you want to work on – health, career, relationships, psychology – there’s always SOMETHING you could do RIGHT NOW to get started.
There is no goal that requires a delay. Sure, some things might require time to pass (e.g. becoming a Master at chess), however there’s always a small step in the right direction that you can take in the next 24 hrs (e.g. play a game of chess online).
Next time your mind encourages you with “Sure, someday!” you need to face the truth about what Fear is really saying: “NEVER!”
It’s now, or it’s never. Those are the only two timeframes that exist in reality. Once you admit this to yourself, your guilt will guide you on how to be courageous about getting started NOW.
—–
On a personal note…
Mike and I get this a lot as a coaches. People say that they plan to get coaching with us “someday”, which I’ve learned the long hard way translates to: “Probably never, unless I change my mindset significantly”.
And OK, some people are just being dishonestly polite and really mean “I don’t want to, you suck”, but many others found working with us incredibly valuable, and rationally know that the return on investment is more than worth it.
Sure, you might not have enough money to pay for coaching right now, but are you putting money aside in a savings account or working on increasing your income?
Sure, you might not be in the right mindspace to evolve intensely right now, but are you seeing a therapist to deal with your trauma, or utilising BROJO’s free resources and taking action on them?
Sure, you might not trust that coaching with us is worthwhile, but have you applied for a free trial session?
I actually don’t mind if you never get coaching. It’s not for everyone, and Mike and I aren’t the right fit for every person.
All I ask is you be honest with yourself. Don’t let Fear prevent you from making a good investment in yourself.
Caveat: this really looks like a high-pressure sales pitch, but it’s really not. To prove it, I will happily refer you onto a different coach – unaffiliated to BROJO – with no benefit to myself, if you ask.