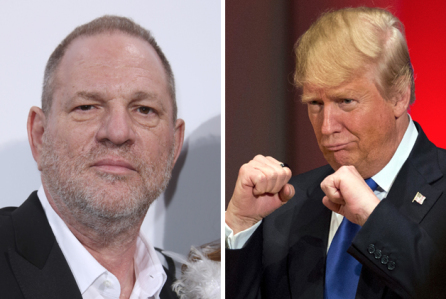 Preventing Sexual Assault: The Truth Behind the #metoo Trend

Below is a transcript of a Facebook Live video I created about the #metoo trend. Read or just watch the video:

I just wanted to share my thoughts around this #metoo trend, which is partly a reaction to the Harvey Weinstein scandal I guess you call it.

It’s tragic. It’s something I’ve known for a long time. I used to work in the Department of Corrections, so I’m fairly aware of the prevalence of sexual assault and just how much it happens; not just to women but to men as well.

We don’t talk about it, it’s really bizarre. There are no ads on television about sexual assault like there is about drink driving, it’s this very quiet thing.

The fact that somebody like Harvey Weinstein can be such a piece of shit and get away with it, in a place full of very powerful people who supposedly have lots of resources available to them, just shows how weak we all are around this issue.

The reason I wanted to talk about it is because this speaks to the hugest portion of my work. I work with nice-guy people pleasers and the number one issue they have, at the heart of all their unhealthy manipulative behaviour; is sexual shame. A particular shame around masculinity.

In simple terms, we believe it’s wrong to be a guy, and when we get these trends that belief is enhanced. A lot of women are abused, probably all of them (at the very least to the lower end of the spectrum of harassment) and I think many more women are assaulted than are reported to have been assaulted.

Any girl who has been to a nightclub and has spent too much time in the company of the dangerous guys is going to be assaulted. It’s almost impossible to avoid as a women these days. No wonder they are afraid.

Because it is so prevalent, a lot of the man blamers come out and say it’s ALL men. So there’s an assumption that because there’s so much sexual assault a lot of men must be doing it.

Unfortunately this is not true.

There is a small number of men. If you gave most guys a truth serum and asked them, they will say “No, I’ve never assaulted a girl and it’s very unlikely I’ve even harassed one. I might have been a bit creepy and weird when I’ve tried to ask someone out but there were no harmful intentions there.”

Yet because of the few – the wolves amongst us, the predator douchebags – do it so often and so frequently, to so many girls, it appears that there are a lot of them. I believe they are statistically a really small percentage. Most men wouldn’t do it.

I don’t believe in blaming men, but the idea of responsibility does appeal to me. Because what I see is that we are now stuck in a loop where men are really ashamed of being masculine and so they repress all their masculine/sexual urges, which includes courage, assertiveness, even necessary aggressiveness.

The kind of guys who need to be there to protect women from this stuff are frozen with fear. They’re unable to act and so they allow this stuff to continue, right in front of them. And then they get blamed for being a man, and so they repress that sexuality even further and so the fathers teach their young boys to repress that stuff. So all the guys that should be here to stand up for women, are too weak to do it.

All this sexual assault is happening because good people are standing by, because it’s easy for it happen – there are no consequences for it. I believe the real issue here is that we need to give the power to the good men. This does not mean emasculating them and blaming them for the nasty behaviour of a few nasty men.

There’s this old saying about wolves, sheep, and sheepdogs. There are wolves amongst us; they’re the predators – they’re trying to hurt the prey. There are the sheep, who are just the ones minding their business but too weak to really protect themselves. And then there are sheepdogs, who are the few who have all the strengths of the wolves but none of the insecurities. They’re the ones who will stand up and fight, the ones who will put themselves in harm’s way if need be. That’s what we’re really lacking in society, that’s why this behaviour has been allowed to continue.

I saw one of the #metoo posts where the author said she was standing on the side of the road with a male friend and a car cruised past slowly, and the guys yelled out some shit. She felt compelled to show she wasn’t weak, so she yelled back at the people in the car.

As I’m reading that post, I’m thinking “The guy standing next to you; what the fuck was he doing?” He’s the one that’s allowing this to happen because he probably is like most guys. He’s passive, he’s scared to act. He’s so concerned about either being seen as sexually aggressive, or coming into confrontation with somebody who is sexually aggressive, that he just stands by and watches.

What you end up with are girls are so afraid of guys being sexually aggressive that they’re repulsed by any form of sexual advance from a guy, which then in turn confirms to the good guys who aren’t abusers that being sexual is “wrong,” and so they become passive.

So many of the emails I receive are from women who are frustrated that their men won’t lead sexually, or lead in any way whatsoever; that they’re passive and weak, unable to make decisions. These are the kind of guys I work with, because they feel stuck in between a rock and a hard place. If they’re sexual, they’re seen as a predator, if they’re not sexual they’re punished for being a wimp; there’s nowhere for them to go.

We need to provide the support and encouragement for the sheepdogs to come out. The guys who aren’t predators need to be given their power back, they need to be allowed to be sexual. I don’t mean that as in having sex, but rather in them being masculine. They need to be supported in this.

I don’t have all the answers. I work with guys one at a time or in small groups. But this #metoo thing, it tells us that it’s time for the protective men to step up. But they need to be supported to do so, because they’ve been suppressed.

The reason they are not stepping up is one the bi-products of decades of (3rd wave) feminism.

Feminism has done a lot of good things, it has righted a lot of wrongs. But at the extreme end of the feminism spectrum, the man blaming has gone too far. It has suppressed the protective instincts of the guys who will prevent this stuff from happening, if they’re got the balls to do it.

Also, I’ve worked with many of the predatory guys myself (I used to rehabilitate sex offenders), and a lot of them are acting out of sexual shame. They’re not trying to hurt, they just don’t know how to handle their feelings and they’ve gone a nasty direction with it.

We need to embrace masculinity, not punish and blame it. Masculinity is what’s going to turn this thing around. We’re stuck in a loop where our reaction to aggressive nasty guys suppresses the guys who will protect us from it.

That’s all I wanted to say about that.

We need to give men the power to be protective again, to allow them to be masculine.

PS. Thanks to Dan Rush for transcribing the video!