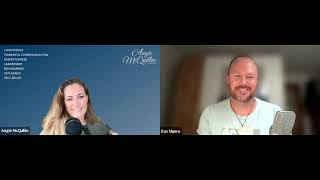 Coaches Dan Munro and Angie McQuillin are both experts in helping people-pleasers become more assertive, confident and honest. Dan focuses on Nice Guys who struggle in their romantic relationships, while Angie focuses on C-Suite executives who want to be more assertive in their careers.

In this epic 2 hour podcast, Dan and Angie dive deep into the concept of people-pleasing, and what it means to be a People Pleaser. They look at how to know if you are one, what the real impact people-pleasing has on your social life and your career, and what you need to change to become more confident, healthy and successful.