How to know when you’re trying too hard: the Law of Reversed Effort

Stuck in a rut… AGAIN! The cycle we all go through and how to escape it

Why having a sick partner is dangerous!

How to tackle sexual performance anxiety 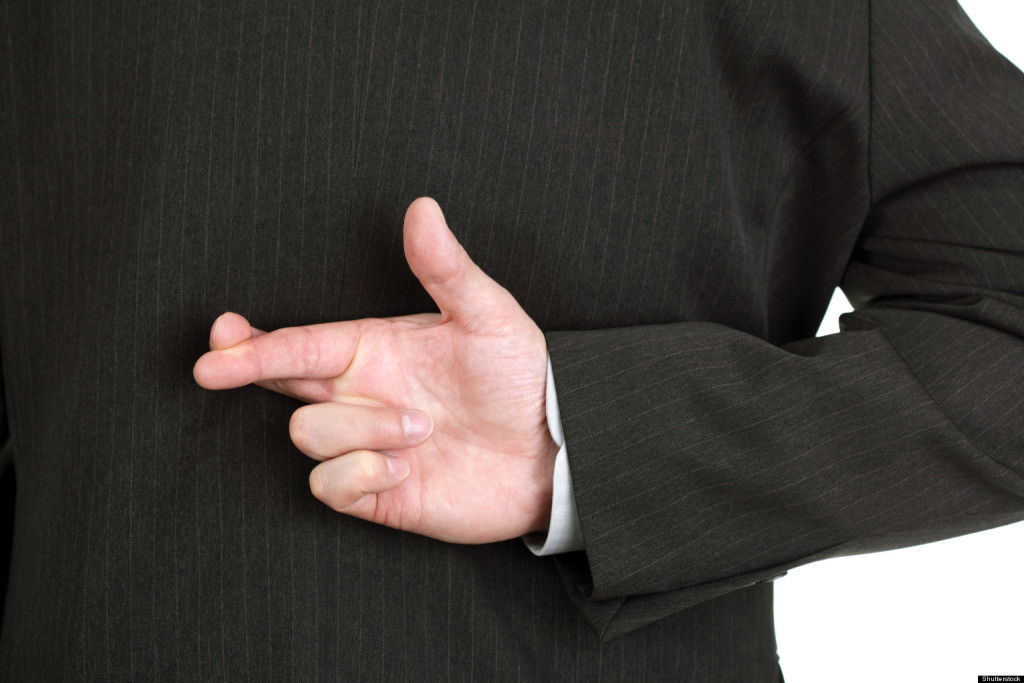 Making it Easier to be Honest

The #1 barrier I run into when trying to help people become more honest is their fear of social rejection.

Being honest means asking for what you want directly, standing up for yourself and your values, and facing your inner demons. We are afraid of doing this because in our minds it guarantees rejection, humiliation, discomfort and even major life-ruining losses (e.g. getting fired).

Most people lie often, though they do not see themselves as ‘dishonest’. We justify our dishonesty as being necessary for some vague greater good. Which means of course that we reserve the biggest lies for ourselves. Honesty is reality, which means it does not require justification, so whenever you have to justify your own behaviour to yourself you know there’s something wrong.

Yet most people I speak to value honesty and hate being lied to. This is quite ironic, as they demand honesty from others but do not try to find the courage to reciprocate. It always amazes me how in a single sentence a person can complain about being lied to and yet will not bring this issue directly and honestly to the person who lied to them. We lie while directly experiencing the pain of being lied to!

I’m not judging; I myself was really bad with this for most of my life. I would feel betrayed, disappointed and sometimes hurt when I was lied to, yet I continually refused to ask for what I wanted directly, I hid my true thoughts and feelings, and I avoided confrontation. Bit of a hypocrite, right?

The good news is I now understand why people can’t be honest, both with themselves and with others. And the even better news is that I have found a way to alleviate the fear that honesty creates.

It’s all about accuracy.

Allow me to explain, as I cover the two main problems people have with being directly honest.

1) I’LL BE TOO HARSH, CRITICAL OR MEAN

Most people think they will hurt others with honesty. For a long time I assumed this was true also, and believed that in order to be honest I had to accept that others would feel the sting of it. To some extent this has proven to be true, in that there are some people out there who will be hurt by any feedback they receive. I now realise that these are fragile people who can actually benefit from some exposure to pain.

Firstly, you need to understand that you are not responsible for someone else’s emotional state, particularly a fully developed adult. I cover this in more detail here:

Secondly, if you’ve seen the movie The Invention of Lying starring Ricky Gervais, you may think that an honest world is a cruel world. You might assume that the reason we hold back our truth is because it is mean and nasty.

Actually the truth is never cruel; it is what it is, there’s nothing inherently cruel about pure reality. It is our flawed judgments that are cruel! When we say something that hurts another person, the most likely reason it was hurtful is because we were not being accurate in our judgments.

Let’s use an example to illustrate:

Imagine I call you a ‘loser’. Now this can be my honest opinion, but is it accurate? By calling you a loser I am implying that you suck at everything all the time. Could that possibly be true? You would not be alive if you sucked at everything, because you would never finish a meal, learn how to create an income, bathe yourself, etc.

So my judgment is not actually true. In a sense it is honest because that’s one way of expressing how I feel, but in comparison with objective reality it is totally inaccurate, so therefore is essentially dishonest.

“Last week you didn’t do your share of the housework for Monday, Thursday and Saturday. I felt quite annoyed when this happened, and it created extra work for me. From now on I’d like you to match the efforts of the rest of the housemates. Are you ok with that?”

Do you see how much more accurate it sounds? I’m still expressing my honesty, but now it is targeted, specific, and aimed at a single concept of behaviour, whereas calling you a ‘loser’ was vague, general, and implied a total personality problem.

When you want to express criticism towards someone, first check in with yourself to measure how accurate it is. What objective evidence do you have to support your claim? Is your judgment a completely accurate representation of this entire person? If you remove all assumptions and ‘mind-reading’ would you be able to say that this is even real?

Do not take this as an excuse to cop out of giving feedback. You still felt bad about their behaviour, no matter how much you try to convince yourself that they had a good reason for it or whatever. You must still give feedback, we are simply figuring which feedback to give.

To dial up the accuracy on your feedback you need to focus on measurable evidence (examples of their behaviour), and combine that with the only thing you can ever be really sure of: what’s happening inside of you.

However this means taking responsibility for how you think and feel. You can’t honestly say to someone “You made me feel X” because they are not capable of making you feel anything. It is your own beliefs and cognitive processes that generate emotion. Own that shit!

If you’d like to live a more honest and value-based life, get your copy of Dan’s book Nothing to Lose today!

Being attached to an outcome is the biggest barrier to living by your values. This is one of the most difficult truths I’ve ever had to face and understand: If I want to live by my values, I have to be willing to lose EVERYTHING. As soon as I fear losing something and hold myself back, I’ve lost integrity and authenticity.

We are so obsessed with losing.

It’s a scarcity mindset, we become slaves to a made-up reality in our heads because we afraid to do what we know is the right thing.

The trouble is that most of these situations are long term. They’re our relationships and careers, they are going to be around for a while. That means that when we tell ourselves “it’s not worth the hassle” to convince ourselves that it’s OK to avoid confrontation, we are lying. Because if it was a tiny short-term situation, that might be accurate. But what happens when you force yourself to tolerate something you hate for a long period of time?

You eventually implode or explode!

By being dishonest in long term investments, such as jobs and partnerships, we create a brewing internal soup of resentment, frustration and disappointment. Sprinkle this with a bit of self-loathing for being a pussy all the time, and what do you get? Toxicity. A consistently poisonous mental state.

What’s so ironic about advice like “just let it go” and “you don’t have to fight every battle” is that by following this you are guaranteeing that you will lose the very thing you’re trying to keep.

I’ve worked with so many guys who destroyed relationships with an explosion of frustration. For years they allowed their partners to piss them off without saying anything. Then, inevitably, they cannot take it anymore and one day they just lose the plot. A minor misdemeanour becomes a relationship-ending row.

People suck it up when their boss oversteps boundaries, telling themselves “if I can just make it til [insert imaginary date when it will all magically end for some reason] then it will be OK”. But of course once a pussy, always a pussy, which means it never ends. No worries, you’ve got plenty of stress-related burn-out, work dissatisfaction and lowered self-worth to look forward to! That’s definitely worth keeping your mouth shut and just taking it, right?

Stop lying to yourself!

Look, there is only ever one reason that we lie: we lack self-worth. We think that our truth is not worth expressing and that other priorities exceed it.

What’s most devastating is that it’s because of our lying that we lack self-worth. Every time you lie you are sending yourself a clear and simple message: I’M NOT GOOD ENOUGH. So if you’re being dishonest every single day, multiple times per day, for many years, how much confidence are you going to end up feeling?

The correct answer is of course “Fuck all”.

When you allow little grievances to build up, you will eventually release them inaccurately. The big relationship meltdown, or the impulsive resignation, are not accurate demonstrations of honesty. They are almost always too extreme and unmatched to whatever the most recent issue was.

To avoid losing what you love, you must be as honest as possible. You may still lose it, but if that’s the case then you were probably going to lose it eventually if you kept lying, so in reality there is no risk! Again the main point here is accuracy. Say what you want to say as accurately and specifically evidenced as possible, and the reactions of the receiver are less likely to be negative.

This applies equally to saying positive things to people, through compliments and sharing your thoughts/feelings about them. We get worried that we’ll get rejected if we’re too open about being attracted to someone or loving them in some way. This is evidenced by those times when we opened up to someone and drove them away, like the time in high school where I told my crush that I liked her; she gave me the middle finger and never spoke to me again.

Looking back the issue was that I was not specific, and therefore was not really being honest, when I said “I like you”. Saying this implies that I like everything about her, all the time, forever and ever. This is a pretty big investment for her to take, and it screams NEEDY!

So try giving positive feedback accurately as well, instead of big vague statements that are not actually the accurate truth. Instead of saying “I love you” or “I wanna go out with you”, you can be more specific and less needy, such as saying “When I saw you today I felt a rush of excitement”.

If you feel uncomfortable about something that someone has done, here is a little checklist you can follow to be able to express your truth accurately and honestly without causing too much harm: