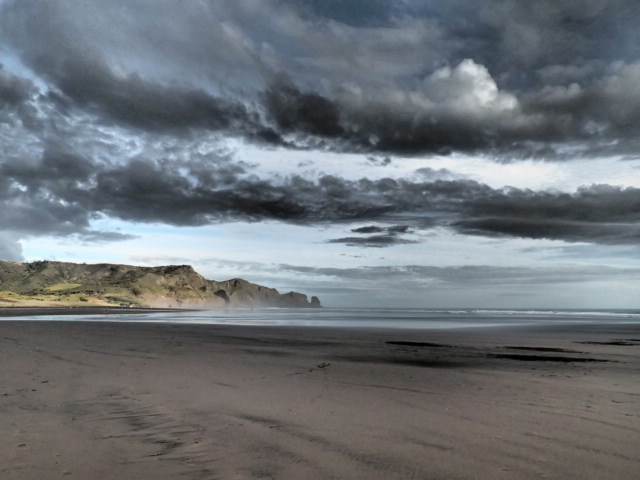 I’ve never been officially in the “out group” before.

Maybe it’s being a classic middle-class white male or something, but I’ve never truly had empathy for anyone who is clearly identified as being a “minority” or as being outside of the most prevalent local clique. I’ve tried to be understanding and kind, but it’s akin to trying to know what it’s like to be a different species – you just can’t know it if you haven’t been one.

Even when I’ve travelled abroad, which I’ve often done, I’ve nearly always been welcomed as a traveller in other countries, due in no small part to being a New Zealander – we’re generally viewed positively around the world as travellers who are respectful and easygoing.

While I’ve tried my best to be inclusive and to never bully the out-group members that I’ve come into contact with – as demonstrated by the multicultural and ethnically diverse BROJO community that I helped create – I’ve always been an “insider” welcoming them in. It’s always felt like a privileged position, so much so that I’ve never really noticed it, like how as a white person I simply never worry about receiving racism.

But now, I get it. For the first time in my life, I’m in the out group.

And for the first time, I understand how awful it is to be there, especially when members of the “in group” are blatant in their rejection of your attempt to join.

My wife and I flew back from New Zealand to our second home in Czech when the COVID pandemic first began, because our birth plan was to have our daughter in Czech for numerous financial and medical reasons. We didn’t have much time to think it through so we basically panicked and took the last available flight back. It never occurred to me that New Zealand would ever deny me entry back in, given that I’m a passport-carrying citizen and have the legal right to enter at any time.

Once our daughter Chloe settled and grew up a bit, we started talking about her meeting the New Zealand side of the family who were all very keen to spend time with her in that crucial first year where so many never-to-be-repeated first time developments occur. It was about then that New Zealand closed its borders, even to citizens (which Chloe automatically is).

Technically, I’m pretty sure this is illegal. While there is provision in the NZ Bill of Rights Act to close the borders in extreme situations, to protect those currently residing in NZ, this only makes sense if the borders are completely closed to everyone. Allowing people to trickle in via lottery through to MiQ, or giving special privileges to politicians, celebrities and sports stars, completely undermines the argument for protecting NZ from COVID. If you’re not keeping everyone out, then you must let all citizens in, legally speaking (hence why there’s a class-action suit being processed against the government as we speak, due to be first heard at the end of January 2022).

But the government breaking the law to win votes from scared NZders – or whatever their plan is – is not what’s made me feel like I’m in the out group: it’s the support they have for doing this from my fellow kiwis.

Any time I make the grievous error of reading the comments’ section of any MiQ/border related news articles or posts, I’m met with a wall of apathy, vitriol and outright hatred towards the new group that I’ve apparently joined: the “travellers”.

There are hundreds or even thousands of NZders who actually rejoice in me being separated from my family, and don’t even have sympathy for the other truly tragic cases, like those who have become homeless in foreign countries due to their visas expiring and now have to seek refugee status, or people who have been separated from their infant children more than 6 months, or older people losing their pensions that they worked their whole lives for.

From nicknames like “plague rats” through to accusations that we’re just obnoxiously demanding to come back to NZ just to party in the summer, it seems widely assumed by the more vocal in-group members that we citizens who were unlucky enough to be outside the gates at the wrong time are some sort of evil threat to the purity of NZ; as if we just can’t wait to bring a new COVID variant back to NZ and spread it around before fleeing back to our “real” homes overseas.

It doesn’t matter if we’re overseas temporarily caring for a dying relative, or closing an important business deal, or – god forbid – travelling to another country to enjoy some of the world that exists beyond NZ’s borders, no reason to be away is good enough. (The fact that COVID is actually being spread mostly by those who have been in NZ this whole time is glossed over.)

I know, from evidence thankfully provided to me by friends and family, that not every NZder feels this way. Some people are aware of our suffering and sympathise. Some people understand that anxiously competing against other NZders to get back in is a no-win situation, because if you even get a spot – which is next to impossible given the long odds and ruthlessly strict flight conditions – you get “survivor’s guilt” for depriving some other NZder of their place back home with their family. Some people have endured 8 rounds of MiQ lottery without success!

But despite the love from some of my fellow NZders, I’m left with a sense of grief. We were once the country who pitched in for a war that we weren’t even a part of simply because it was the right thing to do. After a lifetime of cheering on the All Blacks I’d always vaguely assumed that other NZders had my back, like I always had theirs. I’ve helped out fellow travellers numerous times from a sense of patriotic brotherhood, and I’d always thought the feeling was mutual.

It’s been incredibly hard for me to comprehend the truth: it was all too easy to turn the country against me.

It didn’t take much for this government to divide the country, pitting the vaccinated against the hesitant, infected district against clean district, North island against South island, and “at home” against “overseas”. As much as I’d love to blame Jacinda for her hate-mongering, the simple truth is she barely needed a light to spark this fire. People were already fully primed to hate me just for temporarily being in a different country.

I can’t figure out if NZ has always been like this and I’ve simply been naive to the true nature of our culture, or if this is a recent development possibly caused by the pandemic fear. I might never know, but I suspect the former. The quickness with which my fellow countrymen turned their back on me suggests that there was little resistance for the government to overcome. All they had to say is “hashtag team of 5 million” and conveniently not include the nearly 800,000 extra kiwis not currently at home. NZders currently at home did the calculation and quickly realised who’d been left out of the count. Someone to hate came gift-wrapped.

I had one of those half-awake dreams when I was drifting off the other night. I was back in NZ, walking through a New World supermarket, when suddenly I felt afraid that people around me would somehow know that I had just come from “overseas”. They would turn on me and attack me viciously. I awoke from this strange illusion wondering what it meant, and it took me a while to realise that whenever I was in NZ I’d always considered the stranger next to me to be an ally, but now that belief (delusion?) has been taken away from me. Now every stranger is a potential threat.

I wonder if I’d be the same if I was one of the in-group members right now. Would I be calling on the government to keep my fellow kiwis away? Would I believe the ludicrous claims about how NZ could be free from COVID indefinitely if we just compartmentalised away from the rest of the world? Would I allow the darkness and hate to consume me too? Maybe. But I don’t think so. I’ll never know for sure.

New Zealand will never be the same place for me again.

It’s like the time in high school where a guy secretly told me that all my friends had been making fun of me behind my back when I was away one lunch time. It’s like being suddenly dumped by a girlfriend that you thought was the one. It’s like losing your innocence and seeing the cold harsh world for what it truly is.

I’ll never again think of NZ as a team of 5 million who have my back and I have theirs. Instead, I see it as a dog-eat-dog society where you’ll be dismissed at the first sign that you might be a slight inconvenience to the majority’s comfortable way of life.

I know: many NZders aren’t hating me and my new group, but the trouble is I’ll never know for sure who is who. I’ll never again feel certain whether I’m standing next to an ally or an enemy. People are so easily turned that even friends and family could be the next to give me the cold shoulder.

This experience has left me with the permanent sense of doubt that any scam-victim feels afterward. I also feel a great compassion for those of you who have always been in an out-group: I now have some understanding of what it feels like to be unable to trust that you’re safe and that you belong.

I’ll endeavour not to let this sour me. I won’t stop being hospitable and loving towards other travellers, and everyone else too for that matter. I’ll still return to NZ eventually to spend time with my close inner circle of friends and family. I’ll still support the All Blacks. As Marcus Aurelius says, “The best revenge is to be unlike him who performed the injury.”

But I won’t be keeping my business based in NZ anymore – I’ll give my tax money to Czech instead: they seem more interested in me being here. And I’ll be voting for Act in the next election – they’re the only party who seems to care about the wellbeing of my new group, even if it is just a play for votes. And I’ll probably be a bit wary in large groups now, like I would walking through the hood in LA or the jungle in Thailand. I won’t be putting a huge effort into meeting new people in NZ – better to find good connections overseas I reckon.

And to those of you who haven’t allowed yourself to be manipulated into hate: I salute you. If only you could speak up loud enough to drown out the others!