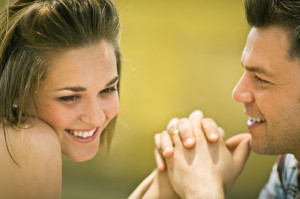 Listen to the audio version here or scroll down to read:

Once, when I was about 9 years old, I was playing in a tree at school and a trio of girls ran up to me. Excitedly, they told me that their friend “liked” me, and waited eagerly for my response.

It looks terrible written down, like I was some sort of underage sex-offender. But at the time there was no harm intended, I was just blurting out a random 9-year-old-boy thought in an attempt to express attraction. I didn’t even know what fucking was. I thought sex was two people rubbing their bellies together. I was at an age where swear-words felt powerful and naughty so I used them to give myself a thrill, but they didn’t yet have any literal meaning for me.

Well, it turns out those words did mean something to others. As you might imagine, it went pear-shaped big time. As the girls ran off screaming, my guts dropped. I had that premonition feeling you get when you realize you just seriously fucked up but you’re not yet sure exactly how. Sure enough, within just a few minutes, the deputy principle was striding across the grass, a withering look of contempt plastered across her hateful face.

What followed was a one-hour lecture on sexual harassment (the first time I had even heard either of those words), an “educational” video from the 80s that tried to convince me that every act of expressing attraction was nothing short of rape, apology letters to her and – get this – to her parents, detention, shaming me in front of my parents, and total disdain from the girl in question until the end of both primary school and high school.

I have no doubt this event was traumatic for the girl involved, and now I understand how terrifying this would have been for her. It would have sounded violent, confusing and hateful, and was probably the last reaction she was expecting from me. I’m guessing no one helped her understand that I was a confused kid who meant no harm. She probably still thinks of me as a rapist.

Herein lies the problem. At no point in time in my life – before or since – did someone healthy sit me down and tell me about how to express attraction. The punishment I got for this first disastrous attempt only served to make me think I should never express attraction. No one explained to me that I was simply doing it wrong and that there were healthier ways to do it. As equally sure no one explained to her that I didn’t mean what I said, or even understand it. At no point was I invited to speak with her to heal this issue.

This, and other incidents like this, were so poorly handled by the authority figures in my life that I developed a deep shame around expressing sexual attraction; an anxiety that would prevent me from being honest with women about how I felt, for decades to come.

One of the biggest issues my coaching clients come to me with is a fear of expressing attraction directly.

Thanks to poor social conditioning, we are taught from a young age that it’s wrong and harmful to be honest about feeling attraction toward others.

We’re told we shouldn’t be attracted to someone until we “get to know them”, so we feel guilty about being superficial. We’re told that it’s offensive and abusive to feel sexual desire for someone who doesn’t feel the same way, so we feel ashamed of our natural impulses when they’re not reciprocated. And we’re told there’s no point in expressing attraction unless it’s going to lead somewhere, like sex or a relationship, so we feel like we must hide it from people we have “no chance” with.

Good news: It’s all a load of bullshit!

You can express attraction, whenever it comes up, without harming people, feeling ashamed, or putting yourself at risk. It’s just that no-one showed you how to do it. We were all let down. Generations of people have been shamed about sexuality, thanks – most likely – to severely constrictive and unnatural religious doctrine ruling our moral sphere for centuries.

Luckily, I have since learned how to express attraction in a healthy, non-creepy and non-abusive way. And I’d like to share it with you all. But first, we must undo the underlying bullshit beliefs you currently have about expressing attraction. In my work with hundreds of sexually ashamed men, I’ve found it boils down to 3 core issues:

1) WORRIED ABOUT LACK OF RECIPROCATION

Without exception, every client I have with this issue believes it is “pointless” to express attraction toward someone who you feel will not return the love. Whether it’s someone who is already in a relationship, someone “out of your league,” or someone unable to continue seeing you (e.g. about to leave the country), men around the world opt out of sharing how they feel simply because they aren’t guaranteed a positive response.

If you refuse to express attraction for this reason, it shows that you are emotionally attached to outcomes. You’ll know this is happening if you suffer from Green Light Syndrome – you wait for permissive signs of attraction from your desired one before you show how you feel. I know of some guys who haven’t even told their girlfriends that they feel attraction toward them! They just assume it’s implied by the relationship and still can’t take the “risk.”

If you’re sitting there thinking how do I know if a girl is attracted to me? then you’re needy for reciprocation. Attraction can be a gift you share, rather than a manipulation to try and take something from someone. There is nothing about another person that makes them ineligible to receive the recognition that is your attraction. Watch this video for more on this concept:

One way to break this neediness is to start sharing attraction with everyone you’re interested in, including guys or people you don’t find sexually attractive but are interested in for other reasons. Train yourself to see attraction as simply recognising someone for something you like about them. That’s all it is – there’s no need for them to give it back to you. You don’t expect someone to give you a present on their birthday just because you gave them one, right? Same concept here.

2) BURDENING THEM WITH A REQUEST OBLIGATION

Many guys want to share how they feel, but the only way they know how do it is by asking someone out. That’s not sharing how you feel, that’s making a request. Ironically, asking someone out doesn’t even clearly tell them you’re attracted to them! For all they know you could have a hidden agenda, and their self-worth issues will interfere with them believing you genuinely like them. Sometimes they’ll say No simply because they don’t trust why you’re asking them out.

My clients will say that they’ve had bad experiences with expressing attraction in the past, but when we dig through the real-life examples we find that every single one of these experiences was not an expression of attraction, it was in fact a request for love. It was placing an obligation on the other party to accept or reject them; a huge amount of pressure to force on someone!

With request obligations, you basically trigger someone into fight or flight response. Many girls have told me that they’ve rejected guys they actually found attractive, simply because this is an automatic response they have developed to prevent perverts hitting on them every 10 seconds.

From now on, separate the request part from expressing attraction. Make it a free gift with no obligation for them to respond in any way. A great way to practice this is something I learned from Social Heartistry founder John Cooper: Write strangers notes saying what you noticed and liked about them, then give them the note and walk away. Let them have it for free, just to make their day. This will help you see that expressing attraction doesn’t require an answer, and that it can be rewarding just to do it.

You can feel it when someone’s self-worth is riding on your opinion of them. When someone seeks approval from you, it’s like a crushing weight on your chest. As they stare desperately and eagerly into your face, waiting for signs of uplifting acceptance or crushing rejection, you begin to feel the pressure of having to hold someone else’s happiness in your hands.

Fuck that noise! Who wouldn’t want to escape that situation (other than co-dependent manipulators)?

If you have your self-worth attached to how positively someone responds to your expression of attraction, you’re basically guaranteeing yourself a lifetime of suffering. Even if they do like you, that pressure you place on them will quickly change that. Their brain will scream “This is so uncomfortable, get me the fuck outta here!” and rejection becomes their only option.

It’s time to change why you express attraction. Instead of seeking approval, reciprocation or a self-esteem boost, start doing it for other reasons. Do it to live more honestly. Do it to increase your courage. Do it to find out how people react to recognition.

In other words; do it to live by your values, rather than to leech approval from others.

HOW TO DO IT: BEING JUDGMENTAL VS. SHOWING HOW YOU’RE AFFECTED BY THEM

Let’s assume you’re ready to start expressing attraction to everyone you recognise, to live by your values and have more integrity, and to give this gift you’ve been hiding. Let’s look at how to tell someone you like them; the one piece of advice no-one was able to give you because they weren’t taught themselves.

Most people express attraction in a judgmental way, such as “You look hot” or “You’re so good at that.” All this does is trigger peoples’ insecurities, making them feel uncomfortable because they are being assessed by you, or feeding their unhealthy and desperate approval-seeking disorders. “Compliments” of the judgmental kind are mostly harmful to others in the longer-term.

Telling someone how you feel, however, comes with no judgment. They have not been assessed, they’ve simply been recognised. They’ve had an impact on you, and there’s no good or bad attached to that. It simply is.

Look at the difference between these examples:

Essentially this is how you can begin to learn unconditional love; giving affection, recognition and attraction for free with no return required. Go out there today and start showing people how they’ve affected you. Do it to live by your values. See what happens.

IF YOU’D LIKE MORE SUPPORT ON BECOMING CONFIDENTLY EXPRESSIVE, CHECK OUT MY LATEST BOOK NOTHING TO LOSE TODAY