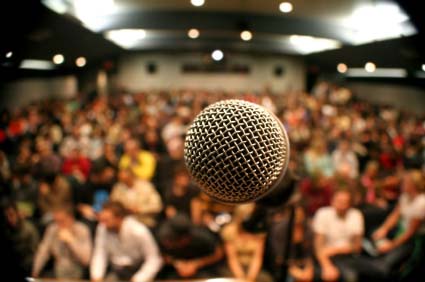 How To Stop Worrying About What Other People Think

In the beginning, God created the Heavens and the Earth…

And then, for some bizarre reason, He gave nearly everyone massive social anxiety.

He then took a bit of siesta and never got round to remedying this simple tactical error. This left us all with the question:

“How to stop worrying about what other people think?”

From an evolutionary-psychology perspective, what actually happened was our ancestors were forced to learn something very unique in the animal world. A survival tool most other animals didn’t have to worry about.

It wasn’t about who could hunt the best, or fight the best, or even find the most food. Because we were an intelligent herd animal, too physically weak to fend for ourselves individually, we were faced with a bigger issue.

In early human years, we lacked the weaponry, strategies and smartphones needed to survive against the threats to our existence. Behind every turn was a sabre-toothed tiger, an incurable disease, or another tribe looking to rape and pillage. Our ancestors were fraught with survival risks.

They quickly figured out that those who stuck together were more likely to survive. If you were in a big, prosperous tribe, you had a better chance of raising your offspring to adulthood safely.

If you went out on your own, or were ostracised, you simply didn’t come back. Or you were able to build confidence and become the Chief of a tribe. This was a rare outcome.

But how on Earth did we manage to put up with each other? Constantly under pressure, without the Internet or other communication means. Without even basic laws and rules (at least in the beginning). All these different personalities crammed together under extreme duress.

We obviously developed the ability to work as a team and get along. Through this, we must have realised that if someone was a risk to the tribe, they had to go. If someone was bringing the team down, they could have killed us all, so they were kicked out.

At some point, industrious and cunning souls realised that you could make the Chief believe that your rivals had to go, by talking crap about them. It was probably around this point in our human history that politics started to take shape. People were now forced to play a social survival game.

In order to stay in the tribe and have access to its support, safety and resources, you had to make the others like you. If someone important turned on you it was game over; out into the wilderness to be eaten or starve to death. So those who survived long enough to have children were the ones who played the game.

You are alive today because your ancestors were social pussies.

For more on being a People Pleaser, click here.

In evolutionary time, we humans have only just arrived. Despite the massive changes in technology around us, our brains are relatively similar to those of the first ever humans. Things simply don’t evolve that quickly. So despite all the advances, we still have it ingrained in our heads that you need the tribe to survive.

We fear being disliked as if it is a death sentence.

Hence why nearly everyone today is still worried what other people think of them.

Ponder it for a minute: what would happen if everyone around you suddenly stopped liking you? Well, if you remove the emotional pain (which only occurs because we want to be liked so badly), in most cases the answer is NOTHING. You can still work, find food, and survive in general.

In fact, with some basic social skills, you could probably find a whole community of similar people who everyone hates as well. You could band together with these people to form your own tribe. I hear the Hipster Tribe is opening its books, just FYI.

We live in an interesting age where we must learn to manually override our instinctive and genetic fears. The fears that once kept us alive now only serve to hold us back. It’s the fear of what other people think of you that makes things like starting a business, public speaking, and asking someone on a date so terrifying.

One of life’s biggest challenges for us all is to genuinely not be affected by other people’s judgments and opinions. But how to do it? How do we override centuries of ingrained beliefs, passed down to us both genetically and during our upbringing education? That’s where we struggle. A huge part of my coaching is about teaching people how to do this.

Relieving the burden of caring how other people view me was the single greatest achievement of my life.

Sounds a bit extreme I know, but try to imagine the feeling of carrying around a 40 pound weight over your head for 25 years, and then being allowed to finally put it down.

It’s a glorious sensation. And I would like to help you achieve it. The depressing thing is, it’s actually super simple to remove this burden. Not easy perhaps, but definitely simple.

Today I’ll share 2 quick tips on how you can stop caring what other people think.

Set goals and measure your progress against those goals every week. Write about the progress you make. Analyse your results and come up with theories as to why you did or did not succeed. Then adapt to the information and change your behaviour.

What you should be aiming for is a measurement system based entirely on YOUR ACTIONS. Nothing else should factor in. The actions need to be measured in objective measurement units (e.g. time, distance, frequency, outputs) which are completely under your control.

You need to consciously recognise this new measurement system as a record of your self worth. Aim to measure the process rather than the results. Tracking your goals in this way teaches you to measure yourself only on your own behaviour. If you do this enough, you will simply not have room to include other people’s judgments – you’ll be too busy focusing on your goals.

You will also begin to notice that other people often don’t have a clue what they are talking about. The opinions of others are completely uneducated and ignorant in most cases.

Feedback from an expert, in the field which you are trying to excel in, is the closest thing to an opinion you should care about. Again, this should be feedback that you choose to elicit, and it should be directly about your behaviour in a specific context, not about your personal qualities. Quick tip #2: EXTERNALISE THE SOURCE OF THEIR OPINION

When someone is judgmental or critical of you in any way, it is more about them than it is about you.

Simply put; confident and mentally healthy people generally don’t give a damn about what other people are doing, unless it gets in their way. Therefore, anyone being judgmental is usually just projecting their own fears, self-doubt and confusion onto others. When you feel judged by someone, take a second to become an amateur psychologist. Ask yourself “What fear does this person have that makes them lash out like this?” Usually, they are either afraid of doing what you are going to do (e.g. start your own business, or travel overseas), or they are afraid of people being different to themselves. Your success, or drive to succeed, highlights what they are lacking. Or, they imagine themselves in your position and get frightened. If you can identify which fears drive their negative behaviour each time you feel judged, you will develop a pattern of not being attached to their judgments. You will start to feel sorry for them rather than sorry for yourself.

Apply these two strategies consistently over time, and the fear of what other people think will fade slowly. There are more things you can do of course, such as expose yourself to a huge amount of rejection until you’re immune to it. But for now, these two are easy, safe and relatively comfortable.

It works for my clients, it certainly worked for me, and I’m confident it will help you out too.