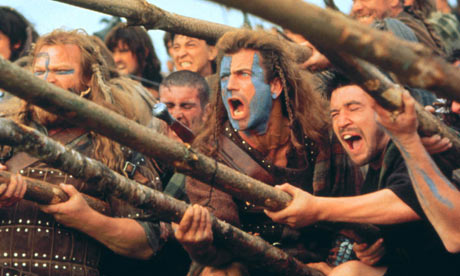 How to Lead a Conversation

You can listen to a narration or read below:

WHAT IS CONVERSATIONAL LEADERSHIP?

You simply do your part – contribute your 50% – and then create the space for them to participate equally. You initiate, they follow.

Conversations are not completely equal. Somebody has to start things off; someone has to serve the ball, to initiate and set the pace. In other words, one of you has to lead. And if you want social abundance, to learn how to be charismatic and create powerful connections with others, it’s best you learn how to lead. Just in case the person you’re interested in doesn’t know how.

Leadership simply means going first. Initiating, including initiating transitions in conversation, is a major factor in conversational leadership. Whether it’s introducing yourself to begin a new connection, or changing the topic because you’re bored, or even being the first to introduce physicality (touch) into an interaction, leadership is about breaking through to the next level of intimacy. Initiating is about expressing yourself honestly, without waiting for permission to do so.

As you lead, you start increasing the investment level and inviting the other person to do the same. When someone interacts with me, they have two choices: they can keep investing deeper alongside me, or they can leave. I do not have any interest in connecting with someone on a shallow, surface-level only, as this brings no value into either of our lives, and takes up precious time that could be spent creating a deep connection with someone.

I used to spend all my time in shallow connections, blocked from going deeper by my own fears and insecurities. I would keep it light, avoid controversial opinions and topics, and try to control the conversation to guarantee a positive outcome. It was all about avoiding the rejection risk that comes with leadership. Yet, none of this helped me connect deeply with people, or build a fulfilling social life, sex life and career connections.

Nowadays, I fear wasted time so much more than I fear rejection.

WHAT IS GETTING IN THE WAY OF YOU LEADING?

Let’s first look at why you’re not leading yet.

Thinking that you’re imposing on the other person is one of the most common barriers to connection. Leaders must risk being seen as an imposition or inconvenience. There’s an old saying that goes “it’s better to ask for forgiveness than ask for permission.” Sometimes you must risk your joke not being funny, or your expression of attraction being a bit creepy, or your suggestion for a change to go ignored.

A leader understands that mind-reading is pointless and inaccurate. Trying to guess what someone will approve of is a completely misguided use of energy, even when you think you know them really well. The only way to find out if you are an annoyance to someone is to be yourself honestly, and then allow them to give you feedback. From initiating a new conversation to transitioning into deeper honesty, leaders must risk pissing people off in order to move connections forward.

Being apologetic and shameful about yourself will kill connections and force the other person into the leadership position. If they don’t want to lead, there will be a stalemate, and the connection will die an early death, without either of you truly knowing whether you were a good fit for each other.

Ultimately, when you apologize and hold back out of fear of disapproval, you demonstrate shame, the most unattractive and uncomfortable trait to be around. When you behave with shame, other people can feel it, they know that you’re hiding something even if they don’t know what it is. This makes them feel defensive and suspicious. With honesty, the cure to all shame, they might end up hating who you truly are but they will at least trust you.

Underlying all of these barriers to leadership is your stubborn unwillingness to be disapproved of. A leader must make the ultimate sacrifice and be prepared to lose everything. Honesty, and living by core values, cannot be achieved in a pure sense without first fully accepting that you could lose it all. Only then will you be completely free. You must proceed forward without a green light.

When you finally make a pact with yourself to choose integrity over popularity, your social leadership will break through the ceiling of shame, and you’ll finally be ready to lead. In simple terms, you must be prepared to end up with no followers if you are to be a true leader.

HOW CAN YOU LEAD MORE POWERFULLY?

Manage the agendaDirecting the theme or topic of the conversation is a powerful way to lead. Rather than waiting for the other person to set the scene, leaders will take a risk and introduce the topic content, through using statements rather than asking questions. They will risk offending someone, or being seen as uninteresting, or any of the other dangers we face in leading. Following The 3X Model principles, allow natural curiosity to prompt you into deciding what you would like to discuss, express and do during a conversation. As a leader of course you must also be able to follow, but first you must initiate. Be the one who gets the ball rolling. Rather than worrying about whether or not it’s the “right” thing to talk about or do, just check that it’s honest and go for it. You’ll feel like you’re stepping off a cliff and hoping the ground will come up to meet your foot.

Test theories through actionRather than over-thinking everything and trying to manipulate the other person into giving you approval, try treating everything you say and do as an experiment. “I wonder how they’ll react when I say this” is a good little mantra to give you the courage to be honest. Mind-reading is total bullshit. Most people don’t even know what they are thinking themselves, so there’s no way you’re going to be able to guess it accurately. Give them something to react to in order to discover the truth – like sharing the assumption you’ve made about what they’re thinking – and then let them work with that.

Seize opportunities through taking risksIntimacy and true connection will not come quickly unless you’re prepared to risk losing them forever. I used to take years to “get to know” someone. Now I can achieve marriage-level connection with someone in a matter of hours. How? By taking big risks early. By this I mean sharing deep secrets and insecurities about myself, challenging them and setting boundaries as soon as I disagree, and escalating physical contact. Be the one to take the first uncomfortable step as soon as you notice that it’s true for you.

Know the difference between negotiation (leadership) and compromise (passivity)Instead of sacrificing your values, you can accept their different view without needing to agree or condone it. Compromising usually means sacrificing what you believe to be true. Negotiation is about finding something you can both feel proud of tomorrow. I’ve seen deep friendships form on a foundation of disagreement. Remember, you might not like the same music or want to eat at the same restaurant, but the fact that you both have the courage to disagree with each other is what you’ll truly connect on.

Allow the other people to be offendedYou are not responsible for other peoples’ emotions (read this if you think you are). Someone can be offended or upset if they want. This is not a problem, you don’t have to fix it. It’s certainly not your problem – how can it be? It’s inside them! You can care for them while they experience the emotional pain, but that doesn’t mean you have to change it. They need to learn to manage their own emotions. If they’re offended, odds are you were at least trying to be honest, so good for you! You can react with kindness, saying things like, “This is obviously a sensitive topic for you, why is that?” without ever needing to back down.

Allow others to judge youYou cannot lead successfully if you’re worried what people will say about you behind your back. Understand that someone, somewhere, is currently talking shit about you. It will always happen, particularly to those who try to lead. Let it happen. Behind their judgements is envy; hey, if they weren’t affected by you, they wouldn’t judge, so you must be having an impact! In practical terms it usually means saying the thing you don’t want them to know about you, like the time I told the team I was managing that I was burned out from stress. I felt like an imposter but told them anyway. The end result? The respected me more and become more supportive.

Acknowledge what people have said This is particularly important to do before you interrupt to change the topic. Leaders must pay attention and listen. While this can be hard to do, it’s easier to achieve if you focus on reflection. If you force yourself into the habit of accurately reflecting back what someone has said before you speak, you’ll a) train yourself to pay attention, which will make them feel like you’re the leader, and b) help them to solve 99% of their problems without you having to do a thing. Often, the most important point a person makes comes at the end of what they’re trying to say, as the brain slowly comes to awareness of the truth while expressing itself. Let them finish, and put aside your premature assumptions – you are probably wrong.

Demand respect through equal investment
Like a game of tennis, you should only be playing 50% of the game. Simply put; once you’ve said your piece and shared your main point of truth, stop talking and allow silence to occur so that the other person can contribute. Allow that pressure you feel to fill the silence to flow through you without acting on it. Refuse to participate more than your share of a conversation, and resist the temptation to control the other person’s contribution. Let them take it off course if they have to. On the other hand, do not allow yourself to be dominated by someone who’s trying to take over your share, either. Interrupt if they are not allowing you to participate. Usually this is needed when they’re either making multiple points that don’t relate to a main theme, or they start repeating themselves. But only do this after you’re sure you’ve given them the space to contribute fully, with your undivided attention and willingness to pass over control to them.

The easiest way to lead a conversation is to focus on honestly expressing yourself and then allowing them to respond, without attempting to manipulate their response. Imagine it’s like drawing an image on a piece of paper, and then handing them the paper to add to that drawing. Then you allow what they’ve added to change the drawing, perhaps even taking it away from what you originally planned, and you in turn add to what they have contributed.

The key is you draw first, and you decide who’s turn it is to draw.

If you’d like more support with this, or practical guidance on specific situations you’re experiencing, email me at dan@brojo.org

viours that you can control.