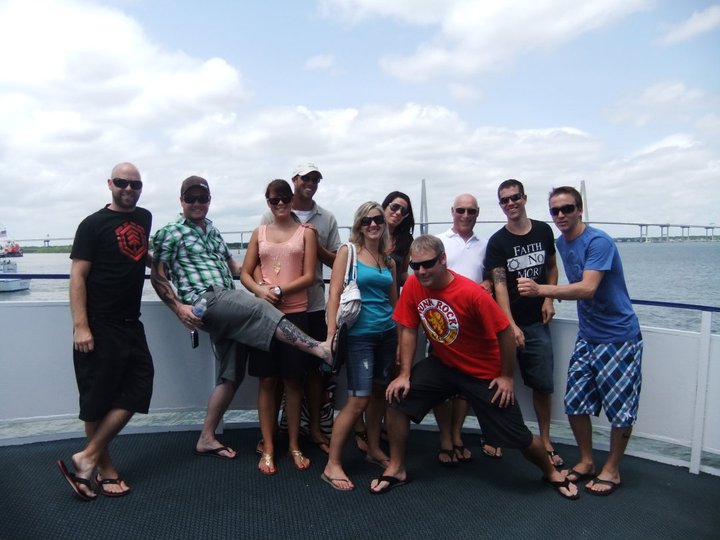 How To Create An Authentic Relationship

Smart-phones, television and an outdated education system are starting to take their toll on our basic ability to connect with other people.

Most people have a limited social experience. We are restricted to waiting for people to come into our lives, because we lack the courage and skill to initiate connections with others. And the relationships we do have in our lives require constant maintenance because we aren’t completely honest with them.

If you walk down the street in any major city these days, you’re unlikely to get into conversation with anyone, despite thousands of potential opportunities. If you’re at a party, you’re unlikely to talk to someone there who you don’t already know, unless you are introduced.

These days your closest friends are most likely workmates, school colleagues, hobby peers, and their partners. This means that if this small group of options does not contain people you can genuinely and intimately connect with, your social life will feel like it’s missing something important.

The Pick Up Artist (PUA) movement aimed to correct this, however it was mostly off track. Men were taught manipulative techniques into making people like them. They would be fake and aggressively avoid rejection at all costs. This is slowly starting to change, though many of the teachers in this field still focus on avoiding rejection.

For women it’s just as bad, if not worse. The support out there for women to develop social skills focuses mainly on people-pleasing. Again the theme is to avoid being disliked and rejected. It’s all about winning friends and influencing people. In particular, it’s about hiding femininity in a Man’s World instead of being proud of it.

The constant theme in this limited support is to NOT be yourself with strangers. Not surprisingly, this leaves us all feeling stressed, fake and unfulfilled, forming relationships with people based on complete bullshit.

We’re all expected to know how to socialise, so it’s not taught in schools or even by parents or guardians. Yet this is NOT a skillset we’re born with.

So I’d like to give some guidance on how to have authentic conversations with complete strangers, from start to finish, without trying to avoid rejection or please the other person.

The key theme throughout this whole process I’m about to share is honesty. In order to create authentic and meaningful connections with people, you must be direct and straightforward, demonstrating an accurate expression of what’s going on in your head.

This means starting out right. No excuses or pretence to ease into starting the conversation, and no risk-avoidant ‘strategies’. Just come right out and say it.

A structure you can follow to make this easier:

Create a pause in between each of these steps to allow the other person to keep up with what you’re saying. This will allow them to feel safe, and will project confidence.

From here it’s your job to lead the conversation, but the investment should be equal from them. You are not trying to win them over; you are simply allowing them the opportunity to talk with you. It’s a gift, not a request.

Friends talk to each other in statements, strangers ask questions. If you want the conversation to lead to deeper investment, then talk to the person like you are already friends. Hold back nothing and don’t pry for information. Instead use statements to GIVE information, making it easier for them to participate in the conversation.

You could use what little information you have about them and make statements. A fun way to do this is to make random positive assumptions about the person. You might say something like “With that crazy scarf and colourful pants, I’m guessing you do something creative for a living”.

Or if you really want to be a bold social leader, venture information about yourself. I little trick I use (and teach) is to answer the questions you want to ask. When you’re desperate to keep a conversation going you will likely go into interview-mode and barrage the poor sap with tonnes of back-to-back questions. Instead of doing this, ask yourself the question (inside your own head) and then answer it out loud.

So instead of asking “What are you up to today?” you would end up saying something like “I’m just out meeting new people today”.

At first this will feel weird, but watch how people react when you give them material to work with, rather than pressuring them to provide for you.

Listen to what they say and reflect it back to them. Show them that you are listening and paying attention. This does NOT mean pretend to be interested in what they are saying.

Honesty means that if they are boring you it’s your job to change the subject or lead them somewhere more interesting. However bear in mind that often boredom comes from not paying attention. Make sure you are focused before you judge. You’ll find EVERYONE is interesting if you dig deep enough.

I follow a process that basically guarantees endless conversation that is spontaneous and effort-free.

Rinse and repeat, and the conversation will start to flow. If it doesn’t, then perhaps you’re not a good fit. Honesty means identifying that not everyone will like you, and vice versa. This is OK. It just creates space for the next person.

If you want to build your authentic social leadership skills, claim your FREE access to the Confident Mindset Inner Circle online coaching series

Authenticity in socialising is really about letting go of the desired outcome. Stop trying to GET something from people. If you want an honest and intimate relationship to evolve, you need to create space instead of trying to force it to happen.

This particularly applies to dating. Stop trying to make the person “The One”, or trying to sleep with them. Instead just honestly express attraction when you feel it, and challenge them to invest as well. If they don’t, move on.

If you do truly want to see the person again at the end of your conversation, then tell them that. However instead of creating a new event in your life just for them (e.g. going on a date), try inviting them to your world. This person has only had one conversation with you… they must be pretty impressive to earn your time again.

Rather than saying “Let’s do dinner sometime” or even worse “Can I have your number?” choose something you genuinely want them to participate in, and invite them to it. It’s so much more authentic and low-pressure to say “You know what? I like you, you’re a funny guy. Hey this Saturday I’m going to check out this crazy new bar at the waterfront. I reckon you’d dig it. You should come along”.

By the way, if you’re currently in a relationship and want some support to make it work better, check out the folks at Regain.us.

THE KEYS TO CREATING AND MAINTAINING AN AUTHENTIC CONNECTION