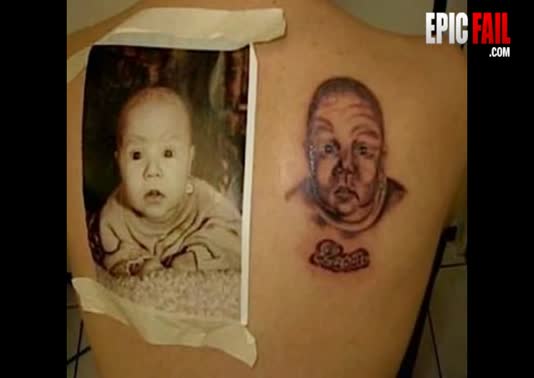 How I Have Failed

Most of the people I’ve met who have great ideas never get started.

Why? Quite simply because they’re afraid to fail.

We seem to believe that if it doesn’t work out the first time, there will be some sort of shameful disgrace; a punishment that’s not worth the risk. Time and again I’ve been frustrated as I watch people go on with boring or mediocre lives, not doing what they know they should be doing. All because they think they will fail.

Do you have a powerful idea that makes you dizzy with excitement and fear?

Do you procrastinate, over-analyse, and eventually talk yourself out of taking the risks and action required to make this idea real?

Well, you are not alone. One thing that perpetuates this fear and impotency is the constantly broadcasted myth of overnight success. When we look at the surface-lives of successful people around the world, it appears that they never had any failures prior.

That is simply bullshit.

I have researched the top performers in business, sports, dating, coaching, music and arts. To this day I’m yet to find an overnight success or someone who did not have many failures before they “made it”.

So today I’m going to share something important with you.

First, I’m going to talk about all the failures I’ve endured to create a coaching practice that unleashes confidence and power in good people. Secondly, I’m going to share an article that covers some of the failures that famously successful people survived, which you probably didn’t know about.

Let’s have a look at some of my failures…

I spent over $6,000 and unknown hours on Google advertising without creating a single dollar of income from it. It took that much money for me to realise that advertising does not suit my relationship-building style of business. That’s one expensive lesson!

What I learned: coaching is about building genuine and individual relationships over time, based on powerful service, not trying to “market”.

I have coached over 100 people in the last 6 months. Of those, less than 20 enrolled as long-term paying clients. While I did not offer longer term coaching to all of them, I’d say at least 50%+ of the people I offer the opportunity to end up saying “No”. Mostly, they are unable to get past the financial investment.

I’ve also offended people with my style of coaching. Some didn’t like my casual appearance, others were put off by my beliefs. One person fumed for an entire night after our coaching session because I suggested that she sees herself as a victim (she later emailed and said she agreed, but still hates me for it).

What I learned: some people are not ready to invest in themselves, and the financial investment serves as a powerful screening filter which only my ideal clients will be courageous enough to step through. Further, that I am not actually a good fit for everyone, and only certain types of people will benefit from my coaching.

I wrote my book The Legendary Life (formerly “Driven”) at the beginning of 2013. Since then I have been trying to get it published. That means for almost two years I have faced solid rejection, being ignored by all publishers and agents time and time again. This year I finally signed a deal.

What I learned: persistence is the key, and that if you want to build a relationship with someone who can provide great value to your life (e.g. a publisher), you must first bring value into theirs, without expectation of return.

Also, lots of rejection – from trying to do something the way everyone else does it – can be a good thing. It’s a sign that you need to create a new way of doing it. If everyone is doing it, then it’s probably the least effective method.

This year I got to experience my first ever proper hate-mail. I’ve received emails and Facebook messages from all manner of random haters. At first it shocked and confused me, and totally bummed me out. I couldn’t understand how people who had never worked with me or even had any contact with me at all could be so negative about my work.

I even had two very odd people repeatedly prank-call me from a different country, pretending to want to work with me and then telling me I was full of shit. It got to the point where I now do not answer calls from numbers I don’t know.

What I learned: increasing your public profile comes at a price. But actually this kind of response is a good thing, as it provides some confirmation that you are being authentic. Authenticity polarises people, and will upset many. This can actually be kind of fun.

While we’re on the concept of being authentic, as my “brand” is based on this concept, I have to rolemodel and live it every day. Turns out this is not as easy as I’d hoped.

The other day I caught myself lying to a salesman to get him out of my house, instead of just saying I didn’t want to talk any more. Another time I dropped eye-contact with an attractive girl at a bar because my old automatic fear-pattern kicked in.

While I’m a million times better than I once was, there are still slips and oversights. Each of these makes me feel guilty and fraudulent.

What I learned: being authentic and confident is a daily practice, not a permanent state that can be achieved. At least this is the case for me, as I still have such deeply ingrained neural pathways, from years of toxic social conditioning, to be a people-pleasing fake. I can never get complacent with these, and being open and vulnerable is the key to this.

I work with all of my clients to achieve a harmonious balance in their life between 1) having a meaningful impact, 2) practicing skills, and 3) resting. Yet I sometimes struggle to live by this myself.

Part of me justifies this by saying “You’re in your first year of business Dan, leave balance until you’re really successful”, yet I know this is bullshit fear-based rationale. I regularly wear myself out due to over-achiever patterns that are also heavily ingrained in my psyche.

Every other time that practice bass comes up on my calendar I guiltily click delete.

I got so injured from dance training that I missed going to the gym for almost two months. After a long day I sometimes binge on chocolate (because it’s so damn good). While I barely ever drink any more, when I do let myself out on the town I tend to overdo it.

I haven’t seen many of my friends in weeks. I consciously sacrificed socialising for the most part, as I was not able to spread my energy so thinly in this first year of work, but I still get guilt about it.

What I learned: you can’t do it all, and actually adding guilt to not being able to does not help. I must regularly check in that I am living my own advice.

“I’ve missed more than 9000 shots in my career. I’ve lost almost 300 games. 26 times, I’ve been trusted to take the game winning shot and missed. I’ve failed over and over and over again in my life. And that is why I succeed.”

And what about all your heroes? Are they perfect overnight successes?

Check out this article by Business Insider

Are you ready to face failure in order to succeed? Do you want to know what it’s like to be authentic, powerful and confident without faking it? Then get
free access to the Confident Mindset Inner Circle