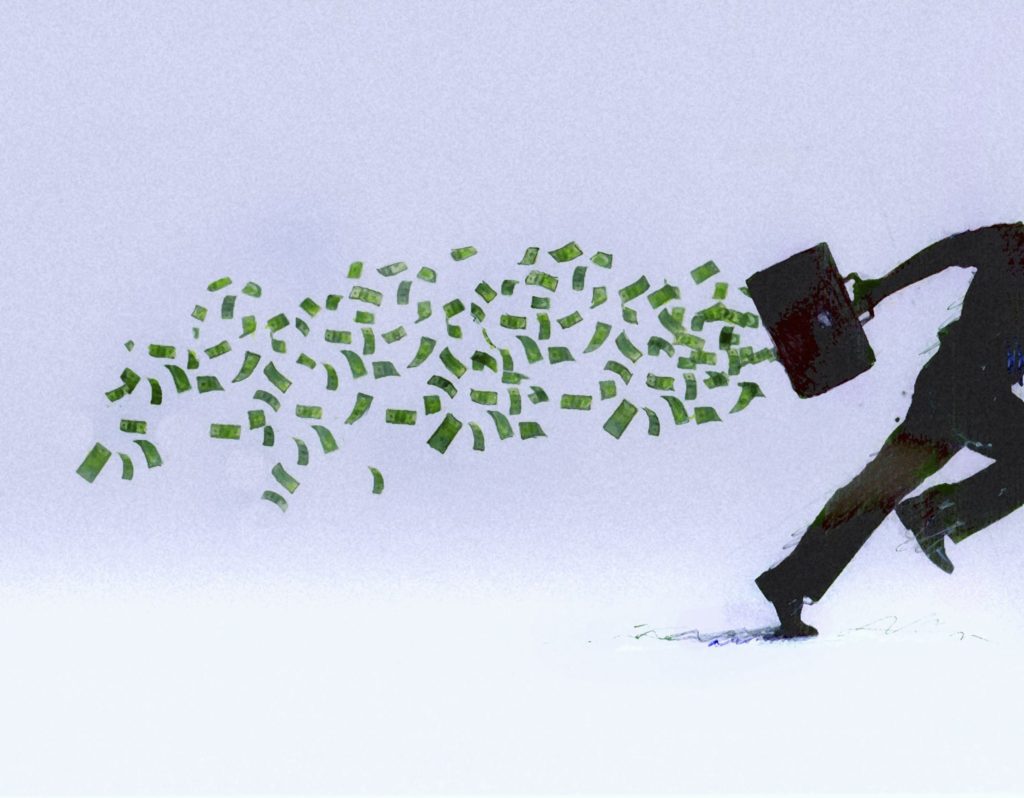 Fear of Success – The Truth Behind Self-Sabotage

If you’re like me, and most other people, your worst enemy is yourself.

Unfortunately, this isn’t always obvious. Sometimes, you’ll truly believe you are trying your best and doing everything you can to overcome whatever the current block is for you. Yet you repeatedly fail. It seems unlikely to you that you are sabotaging yourself, because you are trying so damn hard!

In his popular book Leap of Faith, author and coach Gay Hendricks talks about a concept he calls the Upper Limit problem. In a nutshell, this describes how we will often unconsciously sabotage ourselves when we are getting close to success.

Sometimes it’s obvious, like when we deliberately procrastinate, or double-book ourselves. Other times, it’s deviously subtle, like getting sick right before the big job interview, and it seems “impossible” that this is anything other than bad luck. We don’t even consider the possibility that we orchestrate these upsets internally, to prevent following through on a success-creating action.

THE MOMENT OF SELF-SABOTAGE

There’s a common scenario I see in my coaching clients. Specifically, the single guys I coach who are looking to find a loving partner.

At first, they’re out with guns blazing. Meeting new people, challenging themselves to be more honest and open, and even expressing attraction they’ve long kept hidden. Inevitably, these efforts start to bear fruit – guys who had previously had dismal experiences with women start to find themselves with opportunities and attraction all around.

And that’s usually about when it all starts to go wrong.

An invisible barrier appears. These guys suddenly seem to lose motivation, or get too busy, or suddenly doubt they ever wanted a relationship. I’ve had so many clients right on the brink of beginning a new, exciting, and totally honest relationship, and without warning they suddenly give up on it all.

Sometimes it happens much earlier than this. I’ve had guys tell me adamantly that sorting out their issues with women has always been their top priority, due to a lifetime social of suffering, and they’re totally keen for coaching, yet just one week later they’ve lost interest completely. I’ve had guys all ready to start expressing attraction directly for the first time, and then they just fall off the map. I might not hear from them again for a year or more.

FEAR OF FAILURE: THE GREAT ILLUSION

When I explore these barriers with my clients, they almost always claim that this is due to fears around failure. They tell me it’s rejection they’re afraid of, or public humiliation, or losing friends. On the surface, this seems pretty believable.

The problem is, however, that these guys have already dealt with these fears! These are guys who have been rejected, even willingly, many times in their life. These are guys who have shown without doubt that they are prepared to lose face, respect and love, in order to try new things. So fear of failure just doesn’t quite add up.

What about fear of success?

These guys tell me they want a relationship, but what they really want is a situation they can control. A relationship, in reality, is one of the most vulnerable and uncontrollable processes a person can ever experience, at least, if they’re being honest with their partner.

A relationship is never what you hoped it would be. In many ways, it’s better than you imagined, but it’s definitely not as easy as you hoped, and it certainly won’t end your social pain.

FEAR OF SUCCESS: THE TRUE BARRIER

The point during the process of self-development where a person is most likely to give up, get lost, or lose motivation, is not when they’re failing, but when they see a likelihood of success.

Potential success terrifies you, yet it doesn’t manifest as fear of success in your mind. Instead, all the old fears of failure are dragged to the surface, to serve as an excuse to give up. Your mind will mask your fear of success as a fear of failure.

How will you know the difference?

When you’re genuinely just afraid of failure, you’ll have had little to no experience of failure to give you courage. You’re afraid because failure represents the unknown. However, when you feel afraid of a failure that you’ve had a tonne of experience dealing with – like a sociable guy who’s chosen to experience rejections frequently – then failure is actually known to you; you can handle it and you know it.

Success isn’t just a reward, it’s also a change. You can get used to failure, even comfortable with it, because life stays the same afterwards. Success, on the other hand, represents a complete change in your life; a transition into something you’ve never experienced before and therefore something that will be painfully unfamiliar.

HOW THE FEAR OF SUCCESS HAS HELD ME BACK

Let me share my own story to show this in action.

When I first started trying to improve my social life, I focused on meeting new people. OK, let’s be honest: I focused on approaching attractive girls and trying to make them like me, using manipulative Pick Up tactics. Hey, it was a start at least.

I experienced quite a few rejections, none of which were particularly painful. The worst that would happen is someone would walk away rudely while I was still going through my opening pitch. This wasn’t very uncomfortable, and it wasn’t long before this had almost no emotional effect on me.

Then I hit my first barrier – some people actually started wanting to keep talking to me. I felt so uncomfortable with this success that I would often terminate a healthy conversation while it was still “hot,” running away with some lame excuse about being stretched for time, despite a complete absence of rejection signals.

When I finally overcome this barrier and pushed myself to stay in conversations longer, the next barrier came up. This time, it was getting phone numbers, or other opportunities to continue with the person later. Often, I’d have permission and opportunity to go further with someone I genuinely liked, yet would sacrifice this just to continue the basics of approaching new people.

Once, while in Sydney, I approached an intelligent and gorgeous Irish belle, and we went on an “instant date” (we had a glass of wine together). She was so into me that she suggested we meet up again the following day, for an exciting date of swimming with sharks. That night, I felt like a king. Yet, inexplicably, the next day, I avoided her calls and later made up a lame excuse to prevent the shark-date from happening. To this day I regret missing out on that experience.

Eventually this “second date” barrier was finally overcome, but then I started getting scared of commitment. And on and on and on.

Every time I approached the “next level,” I would go through a drawn-out self-sabotaging phase of resistance, hesitation and procrastination, despite the next level clearly being what I had claimed to want all along.

THIS IS FUCKING NORMAL

Right now, without a doubt, there will be an area of your life that you could be doing so much better in if you would just allow yourself to succeed.

You tell yourself that fear of failure is holding you back, but this doesn’t line up with evidence – you’ve handled failure in this area before.

The truth behind self-sabotage is that you’re afraid of what success will do to your comfortable, predictable life. So you avoid the new thing required for successful change, and relapse back to the stuff you’re used to.

You’re afraid of getting what you want.

And this fear only comes up when you can see you have a real chance of getting what you want. When you think there’s no chance, you feel fine with wanting it, because you’re secretly relieved that you won’t experience that change.

I see this all the time. I see entrepreneurs procrastinating on tasks that they can clearly handle, and have been proven to build their business, despite claiming they want financial freedom. I see health enthusiasts bingeing on sugar and skipping the gym, just when they’re finally starting to see results, and have always dreamed of that six-pack.

For most people, it’s just one main area of their life where this problem frequently occurs.

One client I spoke to this morning went from strength to strength this year, in both his entrepreneurship career as well as his new dancing hobby. No problems succeeding there. But when it came to his dating life, there was a pattern of trying for a while before suddenly giving up for lengthy periods of time. Every time he made a social breakthrough, it seemed to be followed with a drop in motivation.

You need to face your fear of success.

I had similar fears in business. After a couple of years of coaching, I could clearly identify which daily activities were most effective in growing my business, therefore growing my income. Yet, I was afraid of the dream coming true. As much as I fantasized about traveling the world while working from a laptop, I was terrified of such a massive change to everything I was used to. I had to face this truthfully, and admit to myself that my slower business months were directly due to me choosing to procrastinate on the very tasks that I knew would build my business.

FACE YOUR FEAR AND LET GO OF SUCCESS

The trick is to acknowledge and face the fear. When you start seeing results, instead of getting lost in your celebrations, check yourself for fear. Notice what hesitations are coming up – they usually start with the form of “You’ve done well, you deserve a break” – and notice the temptation to start giving up.

You’ll also need to let go of keeping the success; allow it to be lost by even more integrity. You might find that being honest with a girl created a deeper connection than you’ve ever experienced – you’ll be tempted to go back to superficial manipulation to keep this girl. Instead, try to lose her with more honesty than ever before. Don’t back down now!

Let her go. Let your business wins go. Let your six-pack go. Get back to the gym and go even harder than before.

When I see my business actions having a positive effect, I take time to journal about my fear. I tell myself “Look, it’s working, but you don’t need to freak out. This is what you want, but you’re probably afraid of it. That’s ok. Just take it slow, and keep doing it anyway. You’ll break through to the next level soon, and you’ll survive it, just like you’ve done every other time.”

I had to do a similar thing for my relationships with women. When I started dating my current girlfriend and could clearly see the potential for a totally honest and loving relationship, I panicked. Suddenly my mind was full of questions like “But what if I miss casual sex?” and “What if I’m wrong? Should I date a few more women first just to be sure?” But these questions were just fear of success/change talking. I had to walk myself through it, like a father with a naïve child.

I made it through relatively unscathed.

Sometimes it’s a fear of failure, but mostly it isn’t. You’re more afraid of what you want than you could possibly imagine. Know this to be true and act accordingly, and the self-sabotage will reduce in impact and severity.