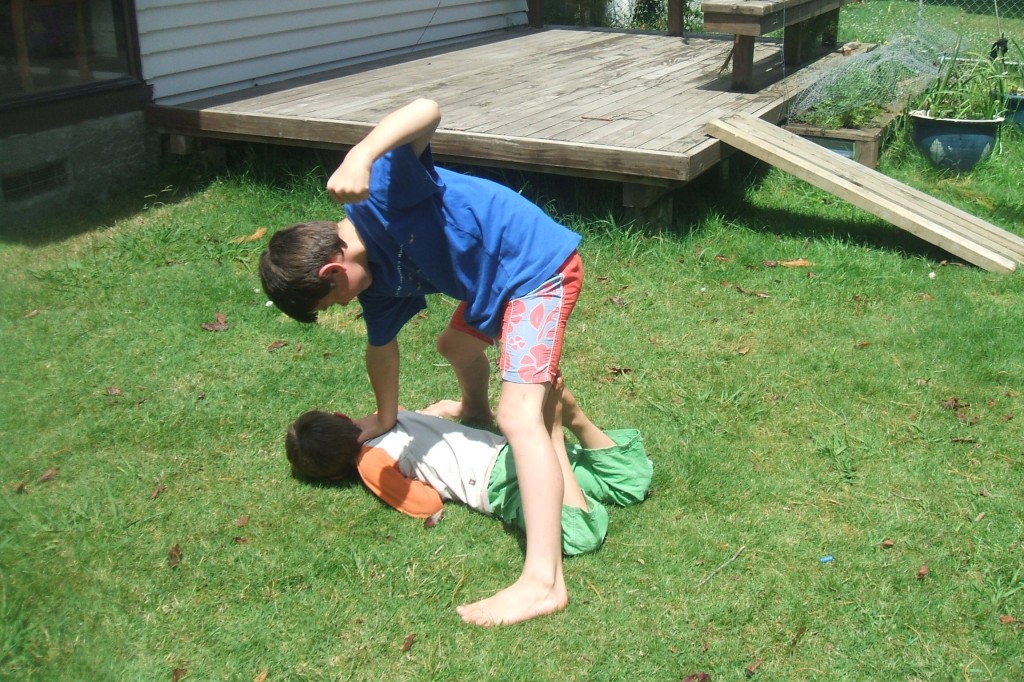 A new look at how to deal with Bullies

Ever since childhood I have believed that bullying is dealt with incorrectly.

I’m old enough to remember when kids were told to “just walk away”. That one used to make us laugh. Walking away just meant you got kicked in the arse or punched in the back of the head, instead of the front. Teachers were clueless about bullying when I was a kid.

Do you remember your school bully? We all had one who stood out. There was something wrong with them. Even the most naïve children knew that; we always said to each other that they’d end up in jail or something terrible.

Well as an adult I got to find out. I was a Probation Officer for about 4 years and worked in Corrections for nearly 7 years total. I got to meet the school bullies when they were in their 20s, 30s and beyond. And yes, many of them did end up going to jail.

Some of them don’t, of course. Some end up being managers or bus drivers or chefs or just about anything you can think of. And they still have the bullying mentality. They get pleasure, or at least relief from pain, by targeting and tormenting others. Without serious rehabilitation or other support they tend to stay this way.

Forever it seems the focus on dealing with bullying has been to target the bullies. Schools try to make it safe for children to disclose when they’re being bullied, and some more advanced schools really focus on restorative justice. Bullies are given detention, anger management and even, though rarely, expelled.

In the adult world they are given verbal warnings, meditation conferences, changed teams or asked to apologise formally. Everyone tries to make the bully feel guilty and engage in restitution. Everyone pats themselves on the back for helping the victims of bullying.

BUT THEY ARE ALL MISSING THE POINT…

The problem is not the bullies.

These people range in psychopathy and other mental tendencies or traits that the average parent or teacher is not equipped to manage. Schools do not have the resources to really deal with bullies. Even if they can be “fixed”, room is simply opened up for the next asshole to take the throne.

The focus, therefore, must turn to the VICTIMS.

It’s all about supply and demand. If there are no victims, there will be no bullies.

While there are minor exceptions, bullies choose their targets consciously. These targets are already victims, they just don’t know it yet. You see, a victim starts as a victim, they do not become one through being hurt by someone else.

Being a Victim is a mindset.

In working with violent and sexual offenders, the common theme around the selection of victims was that they are NOT chosen at random. Even a violent and unexpected street attack will have a basic plan behind it. The offender is well versed in identifying an “easy target”.

It’s not about size, strength or even isolation. It’s about whether or not the target is a Victim. Sometimes it’s about circumstances, such as being the new kid in school, or being left alone with an adult who is given authority over the victim. But mostly it’s about self-confidence and capability.

READY TO TAKE YOUR CONFIDENCE TO THE HIGHEST LEVEL? DOWNLOAD THE 5+ HOURS OF INNER CIRCLE CONFIDENT MINDSET SESSIONS TODAY!

Here’s The Secret: If you look like you can handle yourself, you are very unlikely to be attacked.

This applies to physical, psychological, emotional and sexual attacks. Yes, of course there are exceptions. There are some crazy people out there who hurt people at random. But in my experience these are the very rare exceptions. Most offenders and bullies have a “type” they look for, either in a partner, co-worker, schoolmate, or even a friend.

Ask anyone who dedicated themselves to martial arts, at least for a couple of years; they never get to use it in real life! When I started Wing Chun kung fu, it was because I’d been in a few fights and had my ass handed to me in all of them. After 18 months of kung fu, no one had challenged me once. I even broke up fights between strangers without getting hit.

I didn’t tell random people that I knew kung fu. Hell, I didn’t even really know enough to defend myself. But I realised that something about me had changed at a core level. I believed I could handle myself. This would have reflected in my body language and demeanour. Enough to subconsciously trigger a red flag alert in any potential attacker’s mind, saying “Hey, maybe not that guy”.

I’m not saying martial arts is the answer to bullying (though I do believe it’s a good start for any kid lacking self-confidence). What I’m saying is that being a Victim is not a permanent state you are confined to. You can learn confidence through various techniques, and then the bullies will not see you as a target. They quite literally won’t see you, as they are attuned to body language and behavioural cues that you will no longer demonstrate.

If we can remove the victims, the bullying will reduce dramatically. There will be nothing for the bullies to work with. They will not simply switch to bullying confident kids, because there’s no pleasure in that.

Bullying is at its core about control. If the bully cannot control the victim, they gain nothing from the experience.

When the school bully would occasionally try to pick on one of the more confident or popular kids, it never went long term. The ones who got the long term torment were the real Victims. Why? Because they reacted in the way the bully wanted:

The Victims became obsessed with their tormentor.

Like psychopathic killers or sadists, bullies feel a strange version of love when they torture someone. In that unique moment when the bully is actively attacking, their victim is only thinking of the bully, which is very similar to love. It’s an obsession. Serial killers have often described similar sensations. The victims then grow to think, feel and breathe nothing but the bully for the longer term. The tormentor knows this, it fills the bully with a disturbed sense of love.

So I think to myself; what do kids and adult victims need to know? What do parents and managers need to do? Here’s what I think (and this is hopefully just the start of a longer and better conversation):

1) Change focus from the bullies to the victims. While reprimand and punishment as per the school/company rules still applies, focusing on the bully achieves the opposite of what you want. It tells the bully that they are having an effect on the victim, which validates and enables their behaviour.

3) Teach the victim social skills. The victim needs to learn how to build up the support of peers. The bully does not want a victim who is “stronger” than them, which is the same as a victim with lots of friends to protect them. This is why even low self-esteem kids don’t get bullied if they’re also popular. I don’t mean be fake to get lots of friends, but have the social skills to show you could gain support if you needed to.

4) Teach the victim self-respect. This requires long term dedicated work. The victim needs to learn how to measure their self-worth objectively and accurately. They should learn to behave in a way that makes them proud of themselves. Most importantly, they need to learn how to be unaffected by others, genuinely. No reaction equals no reward for the bully.

What do you guys think? I’m keen to hear from victims and bullies alike. What can we do to end this phenomenon that ruins childhoods and creates traumatised adults?