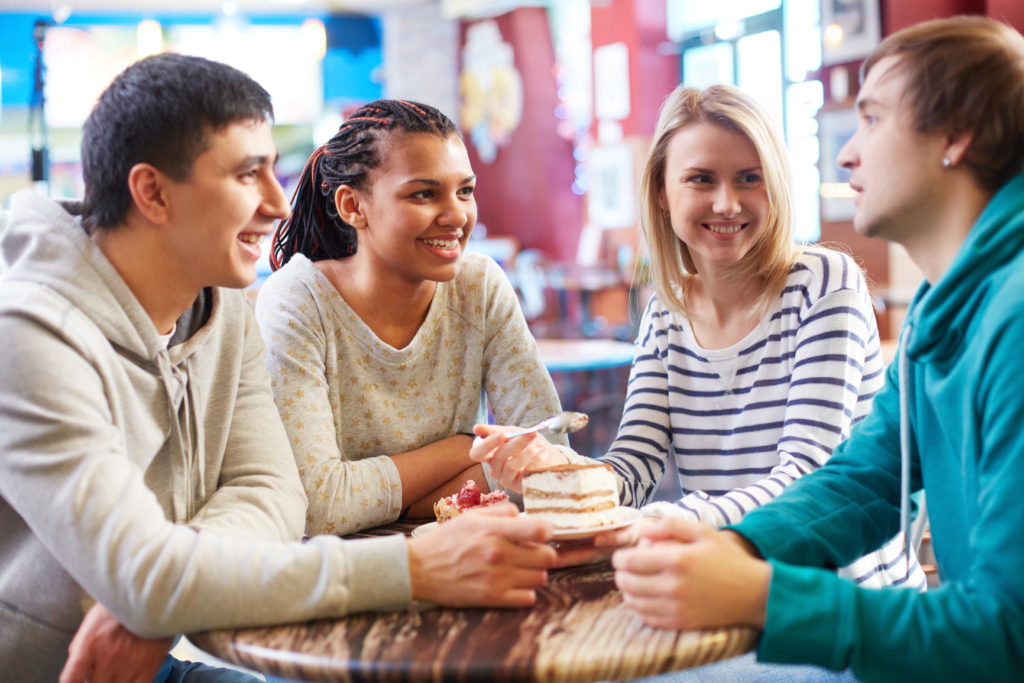 After three months of social confidence coaching, one of my clients – “Martin” – made a major transformation.

When Martin first came to me he was shy, unsure of himself, and frustrated about missing out on opportunities. He only felt safe to be himself when he was around his closest friends and family, and even then he still hid things, like painful feelings.

Around strangers, or in unfamiliar social situations, Martin often felt anxious. He tried to look cool and confident, but inside he constantly worried how he was being perceived, and thought people were judging him.

Together, we attacked his limiting beliefs and took challenging actions every single week. He showed tremendous courage, including:

At the end of the three months we sat down to recap everything that had happened. What follows are the key insights Martin experienced during our time together.

These are all lessons I wish I had learned much earlier in life too:

How you start a conversation really doesn’t matter. If you’re still talking to that person 10 minutes later, they will have no memory of how it started.

Choose something at random; it doesn’t have to be amazing, witty, or impressive. Just get things started. And once the conversation gets going, listen carefully and respond rather than planning what to say next while they are talking. Martin said he soon realized it was as simple as looking someone in the eyes, smiling, and saying “Hi,” then just waiting for their response.

They will give all the material you need to say your next thing with that tiny response.

Trying to guess how people feel about you and what they think of you is a waste of time. Mind-reading is often completely inaccurate and reduces self-confidence. What’s funny is that we often assume we are being harshly judged, yet if we were in their shoes we wouldn’t be judging harshly at all.

A lot of people assume that others are ‘mean’ or that they constantly look for the bad in you. Martin told me that, in reality, most of them are worried about what YOU think of THEM.

Even if they are judging you, how does it help you to try guess what it’s about? Does it increase your confidence? No. It just causes stress and exhaustion.

If you really want to know what they are thinking, then ask them. If you’re not willing to do that, then you have to acknowledge that you are not psychic (no-one is, but that’s a story for another day) and let go of how they might be judging you. Martin said once he found the courage to start asking what they were thinking – which took a fair bit of coaching! – he found that most of the time they were lost in their own worrying thoughts, none of which were about him.

It’s a myth that honesty has negative consequences, provided that you look for the good in people. If you are judgmental, then being honest will come out as being cruel or blunt. If you want to be honest and kind, then start looking to recognize people for what you genuinely appreciate and admire about them

Martin reported that doing this on a daily basis made him feel AWESOME.

Watch their faces light up when you take the time to recognise them for something real. Click here to read more about why being honest is the only way to live.

As it’s impossible to predict what will offend people, you may as well just be completely honest. You are not responsible for other peoples’ emotions and beliefs, they are, so it’s not your fault if they feel offended.

If people hate the honest you, then they were never going to be a good fit for you anyway, so you’ve lost nothing. Being honest helps you separate people who will love you from people who will hate you.

The haters will drift away because they don’t want to be around you, leaving you with only love.

4) “SLOW DOWN AND FOCUS ON WHAT IS BEING SAID”

People rush during conversations due to fear that they can’t hold someone’s attention. They either speak quickly or try to pile in tonnes of information. Ironically, this is how you lose attention.

Martin and I worked on slowing down, which was mostly about his mindset. He learned that he was rushing to try keep their attention. Once he made his peace with losing their attention, he slowed down and – remarkably – they were more attentive as a result!

Confident people take their time. In their minds there’s nothing more important than right here and now. It comes through in the way they move and speak. Nervous people rush, make sudden jerky movements, and try to overdo things.

5) “PAYING ATTENTION TO SOMEONE IS A GIFT I CAN GIVE”

People like to talk about themselves and be heard, but it’s a rare experience to have someone listen without an agenda.

Many of my clients come to me thinking that they need to impress people when they talk, by either bragging or asking lots of questions. Neither of these strategies build real connections.

Reflecting back what you’ve heard and relating to it with your own stories are both powerful methods of giving someone your attention. You might be the first person to properly listen to them in weeks.

You can make someone’s day by just listening to them without trying to get anything from them. Martin told me about one action where he just reflected what his boss had said. It led to a 2 hour in-depth conversation, and he says they are now close friends as a result.

If you’d like to build your social confidence, contact me to apply for a free, no-obligation introductory session

Silence creates comfort, as long as you are comfortable with it. It allows time to think about what to say and let what has been said sink in.

Again, the fear of losing his audience’s attention used to pressure Martin to fill the void of silence with meaningless noise. Many people cannot handle silence. Martin discovered that if you can learn to be comfortable with silence, you will find that it’s like a rocket launcher in your conversation arsenal.

If someone is speaking and you have nothing to say back to them, then just be quiet. Maintain eye contact and do not break. They will break the silence.

7) “I SHOULD JUST ENJOY MYSELF AND HAVE FUN”

The most direct path to a successful interaction is to try and enjoy yourself. If your only motive is to have fun, you will remove any neediness or other toxicity from your conversations.

You know that feeling you get when talking to a salesman? You get defensive just waiting for them to ask you for money. It’s like that when you’re trying to get something from someone (e.g. make them like you, get a phone number, or ask for favour), they can feel it.

Trying to just amuse yourself and have fun will make the other person feel at ease. They won’t feel any pressure or suspicion, and this will open them up for a deeper connection. Go into the conversation thinking “Let’s just see what happens,” or Martin’s favorite: “I’m going to try and make their day.”

Humour and playfulness is appropriate in almost every situation. Sometimes it’s the wrong time, but often it can defuse really tense situations. Just don’t be the silly clown, as this portrays weak neediness (i.e. trying to make people laugh so that they’ll approve of you).

There’s no shame in honest self-promotion, yet in many cultures it’s frowned upon. Martin comes from an Asian background, and was strongly criticized as a child for any perceived lack in humility. Martin said in his family any talk about yourself was seen as bragging or boasting, even when it’s true.

Well, being honest also means taking ownership of your strengths and successes. Nobody else is going to do it for you.

As a manager I saw many hopeful staff miss out on their dream jobs because they refused to promote themselves. Even during interviews they would downplay their successes. It didn’t make the interview panel think the candidates were humble, it just gave the impression of low self-confidence.

NZ’s tall poppy syndrome is a crock. It’s an outdated and ancient cultural norm that has no correlation with success.

Disregard it – winners promote themselves.

Confident body language does most of your work for you. Research argues that anywhere between 70-90% of your communication comes from voice tonality and body language.

Behave with confidence, and you will start to feel it. I always suggest to my clients that they try to move like a predator (think lions, not sex offenders!) – slowly, surely, and with purpose.

For more on confident body language, I suggest you watch this TED talk:

If you’d like to build your social confidence, contact me to apply for a free, no-obligation introductory session