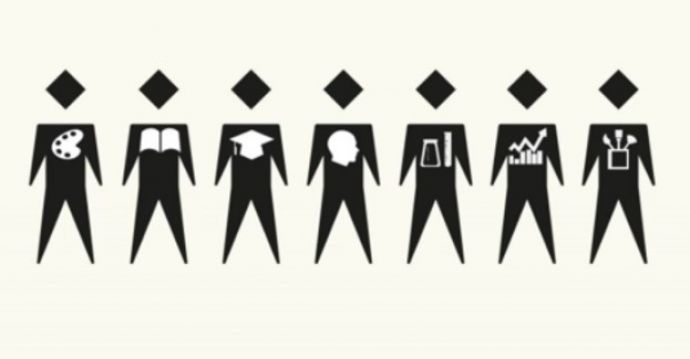 We’ve all done them.

Maybe you were forced to take them by your employer, as part of recruitment or ongoing development. Maybe you were bored and scrolling through Facebook. Maybe you were actively searching the internet for answers about why you are the way you are.

Personality testing is big business. From the highly venerated and trusted models like the Big 5 Personality Trait tests and Myers-Briggs profiling (INFJ etc.), through to the more dubious Cosmo magazine quizzes and astrology readings based on your star sign. There’s a lot of money to be made from claiming to know what “type” a person is.

But unfortunately, as a coach, I’ve seen these tests severely limit people. Personality tests can lead you to make terrible decisions based on a faith in something that isn’t worthy of unquestioned trust. Coming from a background in psychology, I’d like to share some warnings about taking these tests too seriously.

1) THEY LIMIT YOUR POTENTIAL

When you believe without question in the results of these tests – because they feel so “right” and seem to explain you perfectly – you’ll start to accept the boundaries they place on your potential.

When the test tells you that you are an introvert, you’ll find it easier to assume that you weren’t naturally made for leadership, public speaking or dynamic social interaction, so you’ll possibly become more reclusive. When the test says that you are neurotic you’ll assume that you take things too seriously and that your chronic anxiety is a life-sentence. And when they say you’re highly empathic you’ll start to over-estimate your ability to read people and become a pseudo-spiritual douche.

The truth is that even if the tests are accurate – which most aren’t, as I’ll soon explain – they only represent tendencies and pre-dispositions. They point to where you’re likely to go if you don’t think things through – they explain how you’re most likely to behave when on mental autopilot. This does not stop you from doing other things. These are not rules you’re doomed to follow.

Introverts can be great leaders and outspoken public figures (e.g. Bill Gates). Neurotics can learn to manage what they care about and let go of irrational controlling behaviour (I’m living proof of this). And just because you’re empathic doesn’t mean you can read people correctly every time – you’re subject to biases and mistakes just like anyone else.

Be wary of these tests provoking confirmation bias about yourself. You might, for example, believe that you’re an introvert (probably without deeply researching the full definition of this term) and so you’ll be unconsciously pushed to look for evidence that you’re shy, quiet, thoughtful or unassertive. You won’t notice this push when being tested, but it will completely influence your answers. You’ll even “forget” times you were assertive, outgoing and spontaneous.

2) THEY ARE BASED ON SELF-REPORT

Like too many measurements in the field of psychology, these tests are exclusively based on self-report (you answer the questions about yourself with no outside verification on the accuracy of your answers). This is based on the unfortunate assumption that you’re a good, reliable person to give feedback on yourself.

This is strange considering that psychology is also the field that taught us that almost nothing is as unreliable as eye-witness testimony. At any given time, you are possibly subject to over 20 recognisable cognitive biases that skew your ability to accurately measure anything, let alone measure something as emotionally provocative as who you are.

While the more scientifically valid personality tests are written to counter dishonesty, none of these measures will work if you believe in your answers! So if what you believe about yourself is wrong then you will “truthfully” answer the questions but do so incorrectly e.g. if you can’t accurately remember which emotions you most commonly experience due to the heuristic availability bias (you remember what is easiest to remember), then you’ll say you often experience emotions like anxiety more than emotions like happiness, even if they are an even balance over time.

When I first took the Big 5 Personality tests (recognised as the most scientifically valid and reliable measures of personality), administered by a trained psychologist, I was identified as highly introverted, neurotic and agreeable. When, 10 years later, I took the exact same test under the same conditions, I reversed my scores on all 3 of these traits. They are supposed to remain solid throughout a person’s life. I have zero doubt that I tried to be completely honest in both tests (they were anonymously administered and I genuinely wanted accurate answers).

All these tests measure is what you believe about yourself at the time of testing. Is this really reliable? Think of times when you thought certain things about yourself without having any doubt, only to change your mind later (like being sure you’re “a loser” after getting dumped but then feeling OK about yourself 3 months later).

To Understand Yourself Better, Check Out My Latest Book Nothing to Lose

3) THEY ARE MOSTLY UNSCIENTIFIC OR IRRELEVANT TO YOU

The above problems are just for the tests that are recognised as scientifically respectable. Unfortunately, most of the tests you’ve done are not.

Anyone can create a test online. Anyone. I’ve done it myself for Nice Guys. At least I have the courtesy of letting people know that I made it up and that it’s not scientific in any way. Most creators aren’t quite so generous with their honesty. Many people consider themselves to be “experts” and create these tests thinking they are going to be accurate, despite having no working knowledge of scientific method at all.

What many tests use is a technique known as cold reading. This is where general, vague and pleasant statements about you are delivered in a way that sounds specific and accurate. Horoscopes and astrology readings are notorious for this – “as a Taurus, you’ll find it annoying when people interrupt you.” When you read carefully, you’ll realise that anyone can relate to these statements, especially when they want to be seen that way, or when they want to blame their problems on something.

If you’re introverted, they’ll big up how thoughtful and caring you are. They’ll talk about how special you are (notice how “INFJs” are constantly harped on about as “rare” – 1% of the population – yet every introvert you know identifies as one).

If you’re extroverted, they’ll praise your no-bullshit approach to problem-solving. If you’re agreeable, they’ll tell you that you work well in a team, or that you’re good at getting the job done right. But this is all generalised flattery and nonsense that everyone wants to hear about themselves, and it’s significantly unhelpful, unscientific, and possibly harmful to someone who lets it box them into a label.

It’s worth also noting that even for the most scientifically valid tests the main control group that was used in the experimentation and design of the test were specifically and exclusively under-graduate students from USA. No-one else is so readily available to researchers, who work almost exclusively in universities. (Do you ever wonder why you’re never randomly asked to participate in psychological studies?) This is a very small group; unrepresentative of the entire world. Their culture, family lives, financial situations, and age are all unlikely to represent you personally.

These research subjects are also, in my personal experience, prone to giving false answers when being tested so they can appear super smart and sophisticated (I’ve done a Psych degree myself and as students we would brag to each other about “beating” the tests we were regularly subjected to). So, unless you’re a typical psychology student (a.k.a. a 22 year old white female from a wealthy upper-middle class family, born and raised in Tennessee, who’s eager to impress a professor), you can be pretty sure that the “reliable” studies you put so much faith in are not based on people like yourself.

There can be no doubt that culture (a.k.a. “nurture”) has an effect on personality (e.g. I suspect that you’ll find many more extroverts in Brazil than you will in Sweden), and even if that’s not true, you can be damn sure that your life and mood at the time of testing massively influences your test scores. Imagine the difference if you were tested while financially broke and on medication for depression vs right after scoring a great promotion and feeling on top of the world – you reckon that might skew the answers a tad?

Don’t get me wrong, personality testing can be helpful… under the right circumstances.

Firstly, know why you’re doing it. If you’re desperately trying to get someone else to tell you who you are and how you should live, you’ll be at high risk of allowing the test to pigeon-hole you. Only test yourself out of pure curiosity after you’ve already decided on the kind of person you want to be.

Secondly, re-test and try to find other sources of feedback that will either confirm or contradict your scoring (e.g. ask close friends what behaviours they think are the most “you”). And avoid random online tests at all costs. If you want accurate personality testing, pay a psychology institute for the real deal. Anything free or sold by a random dude on the internet is almost guaranteed to be massively unscientific.

Thirdly, hold on to the results only lightly. No-one can tell you the full truth about yourself. Not even you can know the depths of your psyche. Psychology is still a baby in terms of science, and “personality” is hotly debated by experts to this day, right down to the core definitions of terms. There is no personality test in the world that is highly accurate (compared with something much more scientific, like a test for cholesterol levels).

Use the testing, but also try your best to disprove it at any opportunity.

If you’d like to figure out, once and for all, who you REALLY are, email me dan@brojo.org and I’ll show you how to reveal your true self